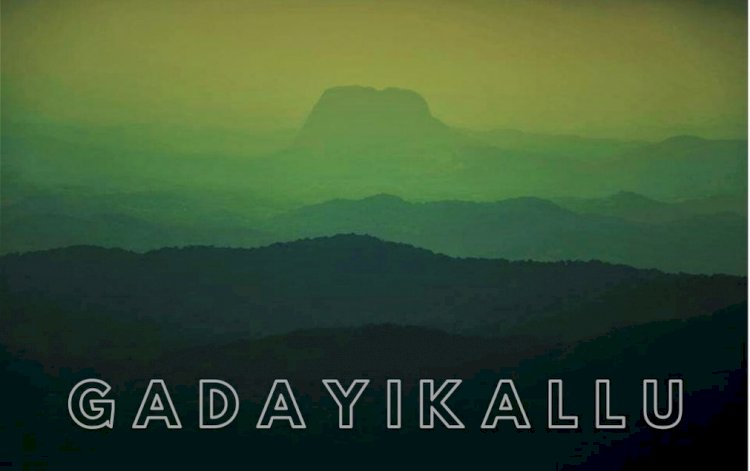 Gadayikallu rises above hills
In ancient times, forts were considered as an ideal defense system. Forts that have survived today are representative of the engineering talent and strategic defense of ancient India. Today it is one of the wonders of the bygone era. Scholar Kautilya, popularly known as Chanakya the renowned author of his Sanskrit Arthsastra ancient Indian treatise on statecraft and Military strategy has classified forts into the following types - Giridurga ( Hillfort ) , Jaladurga  ( water fort ) , Shiladurga ( Rock fort )  and Vanadurga ( Forest fort ). Among the hill forts, Jamalabad is a hilltop Giridurga fortification in Jamalabad Village near Belthangady in Dakshina Kannada  ( DK ) District of Karnataka. It is located in the Kudremukh range of hills. The fort lies at an altitude of 1700 ft. 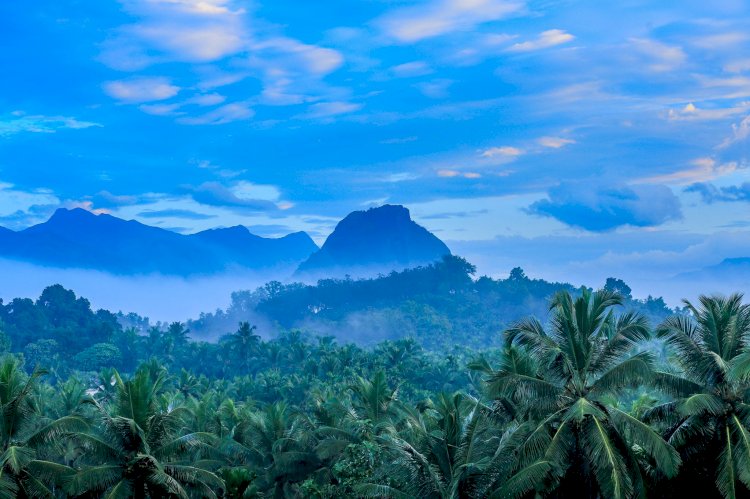 The fort was formerly called Narasimha Ghada, which refers to the granite hill on which the fort is built. It is also referred locally as Jamalagadda or Gadayikallu. Originally a mud fort existed on the hilltop. The fort was reconstructed over the ruins of an older structure by Tippu Sultan in 1794 and named after his beloved mother, Jamal Bee. Tippu Sultan kept the fort in his possession for over 50 years. Though a local chieftain called Thimmappa Nayaka took possession of fort for a short period.  The fort was captured by the British in 1799 during the 4th Mysore War. As per legend, those who are not favorable to Tippu were hurled down this fort to their death. The fort is inaccessible other than via a narrow path, with around 1876 steps to the fort that are cut out of the granite hill and lead all the way to the top with the help of french engineers. This strategy would mean that through a narrow passage small but well-armed groups could indefinitely block a much larger force from entering the fort. Inside the fort, there is only one tank to store water. Remains of a single cannon lie at the top
The fort is accessible via a narrow path with about 1800 steps cut out of the granite hill. Inside the fort, there is a tank to store rainwater. Remains of a single cannon lie at the top. Nothing much of the fortifications remain but hints of the fort wall with parapets are visible. This hillock fort has one room at the top. There is also an unmanned microwave repeater station on top of the hill. The Summit affords superb views of the surrounding landscape with paddy fields, temples plantations, water bodies, and the Kudremukh range of western ghats.
·Note: Since it is a Heritage Protected Monument under ASI, one is not allowed to venture into the fort without permission. And stay inside atop is prohibited.