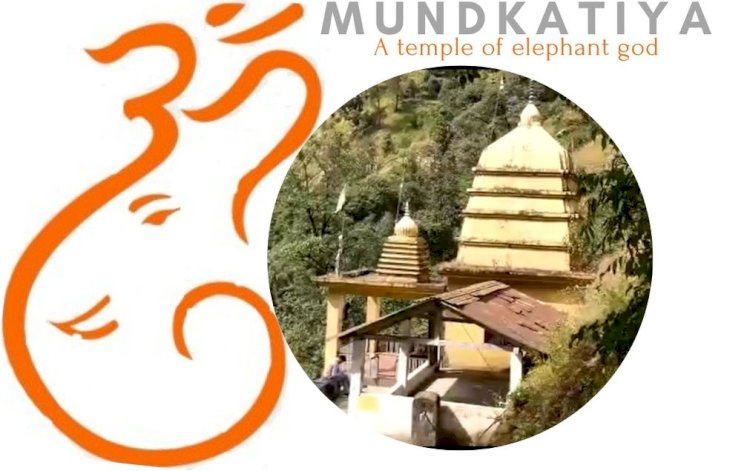 Though had visited Kedarnath shrine and Triyugi Narayan temple many a times. I had not heard about this temple located snugly in the Kedar valley. Mundkatiya - The Temple dedicated to Elephant god Lord Ganesh came into picture during a casual discussion with a local horsemen.

In the Hindu Puja ceremonies Lord Ganesh has a special reverence, be any god,  first puja is done to Lord Ganesh to ward off any obstacles and make any venture successful.

“O Lord Ganesha, one with a huge body, a curved elephant trunk and

whose brilliance is equal

to billions of Suns, May you always remove all obstacles from my endeavors.”

Surprisingly, when I heard that is the only temple in the world, where Lord Ganesh is worshipped without head and situated only at a distance of 3 km. I was keen to visit.

An interesting story from Shiva Purana goes like this, Parvati Devi went to take a bath at Gauri Kund. At that time she created a human form out of the turmeric paste she had taken with her and breathed life into the body. Parvati accepted him as her son and asked him not to allow anyone into her private quarters.

It was when Lord Ganesha was guarding at the door, Lord Shiva arrived and asked Ganesh to let him go inside. As per instructions when he refused to budge, infuriated by this lord Shiva severed Ganesh’s head. Later, upon Devi Parvati’s supplication for Ganesh’s life, an Elephant’s head was fixed and then Lord Shiva himself infused life into his body and worhipped him before all gods with reverence.

Since then the  the place came to be known as  Mundkatiya and is a combination of two words-Munda ( Head ) and Katiya ( Severed ). 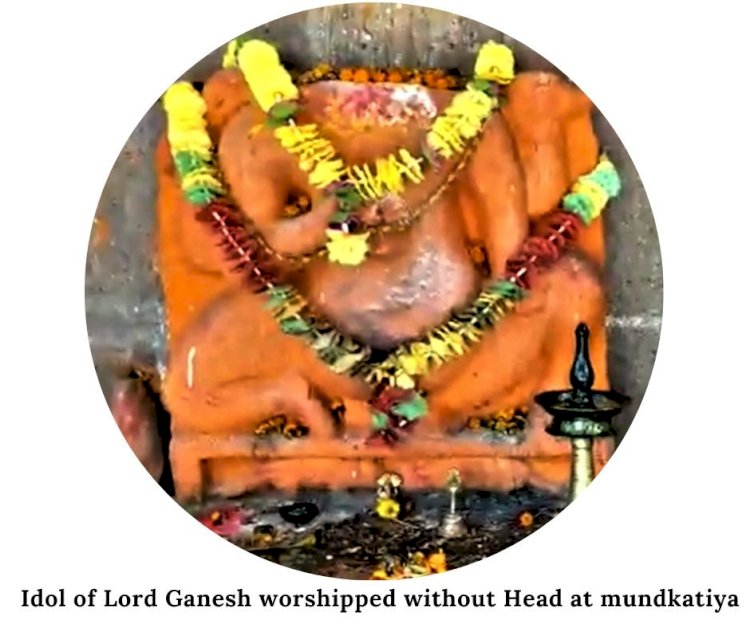 Mythological stories say that the incident happened here and a  temple is situated in the peaceful  location overlooking kedar valley.Before the flood in 2013 devotees trekking to Kedarnath  would take a detour stop here for a while  worship him, seek the Lord  blessings and pray  for a successful yatra. Post  flood , after the valley underwent  changes and Journey became bit long and  only few visit this temple.

With no sign boards, temple has been in oblivion. Located in the lap of deep verdant forest of Kedar Valley away from tantrum , it is away from devotess.The sanctum of the temple has a idol of  Lord Ganesh without head. Serpentine Mandakini river flows below the temple, offering a picturesque view.

Devotess can perform puja on their own and seek blessings of lord for a successful yatra.Spend some precious time in the peacful environs.

Visitors willing to visit the temple can follow the below directions.