Mahima Ranganathaswamy has appeared in the shape of a round-shaped small stone, which is unique. The temple, dedicated to this form of Vishnu is situated near Dobbspet on Bangalore-Tumkur Road. The temple is located on a hilltop and can be reached after climbing 300 steps from base. An ideal day outing from Bangalore. 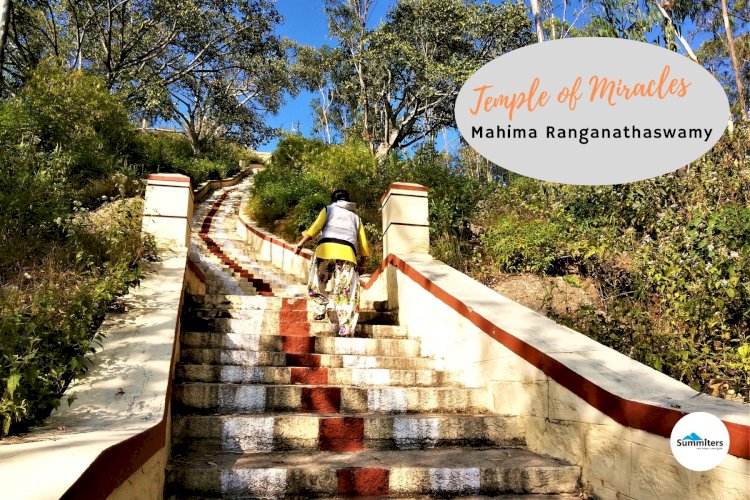 Flight of Steps leading to Temple

Among the Trimurthis the highest gods of Hinduism  - Lord Vishnu is said to have taken several Avataras to slay the demons, to teach his devotees lessons of life. Apart from his ten great incarnations Dashavathara he also appeared in several forms like Venkateshwara, Varadaraja, Dattatreya and Hayagriva.

But as  Mahima Ranganathaswamy, he has appeared in the form of a round-shaped small stone resembling a Saligrama, which is unique. The temple, dedicated to this form of the lord is situated near Dobbospet on Bangalore - Tumkur Road. The temple is situated on a small hilltop and can be reached after climbing a flight of 318 stone steps. The name of the village is Mahimapura and can be reached from Mahimapura Cross. 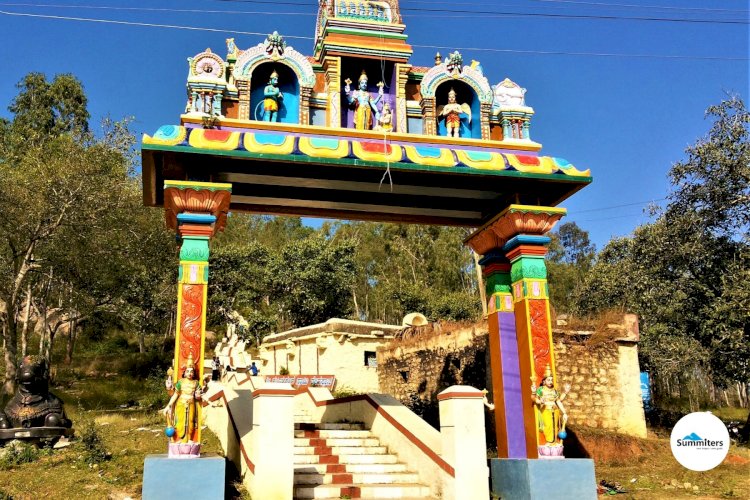 After a diversion from Highway NH4 at Mahimapura Cross off Tumkur Road. one need to travel six kilometres surrounded by paddy fields The village is about half a kilometre and the Mahima Ranganatha Hill is about one kilometre from there.

The legend says in ancient time the Garuda, who is the son of Sage Kashyapa and Vinita later vehicle of Lord Vishnu ate the corpse of a Rakhsasi or demoness by mistake. But he realised his mistake and came to the hilltop to do penance and please the Lord. According to another legend, Garuda’s mother was Vinata and sage Kashyapa was his father. Just after his birth, he asked his father for food. It disturbed his father, who told him to go to Mahimapura Hill. Garuda came to the hill and ate the corpse of a rakshasi. Repentant, he began a rigorous Tapasya. Lord Sri Vishnu was pleased with his dedication and devotion and appeared on a small round-shaped stone, like a mound of jaggery, which has been worshipped ever since. The idol also called Nirakara (formless). Garuda is said to built a small temple of the lord. Now, a small idol has been installed in the sanctum Santorum. 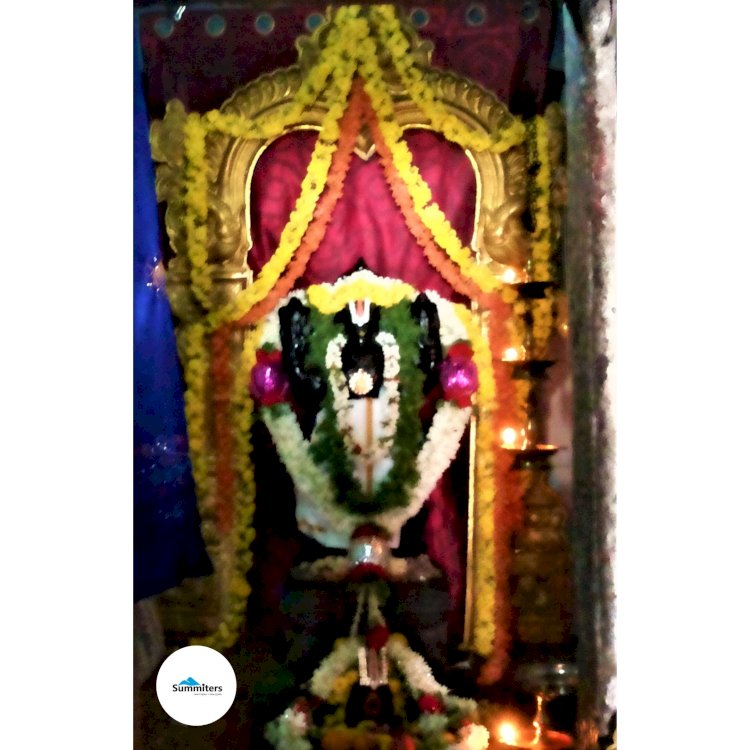 However, there are idols of Vaishnava saint Ramanuja and other 4 saints, Anjaneya and Garuda. The idol of Garuda is placed near the entrance of the garbhagruha is said to be unique in the whole of  South India. A Similar Idol is found in Nachiyaar temple at Kumbakonam in Tamilnadu. During Garuda Seva, the number of people required to carry garuda from Sanctum through each of the five prakarams of the temple keeps doubling from 4 to 128 people. Again while coming inside the temple, the weight keeps decreasing and the number of persons carrying keeps reducing by half to final 4 who carry it into the sannadhi. Worshipping Kal Garuda is said to free devotees from Naga dosha, Skin ailments and bless childless couples..At the arch of the entrance to the left of the temple is a  gigantic Nandi the celestial Vehicle of Lord Shiva. Visitors will be surprised to see here as it is a Vishnu temple. The priest of temple Somasundar says it is been kept here long time back and no information about its consecration. 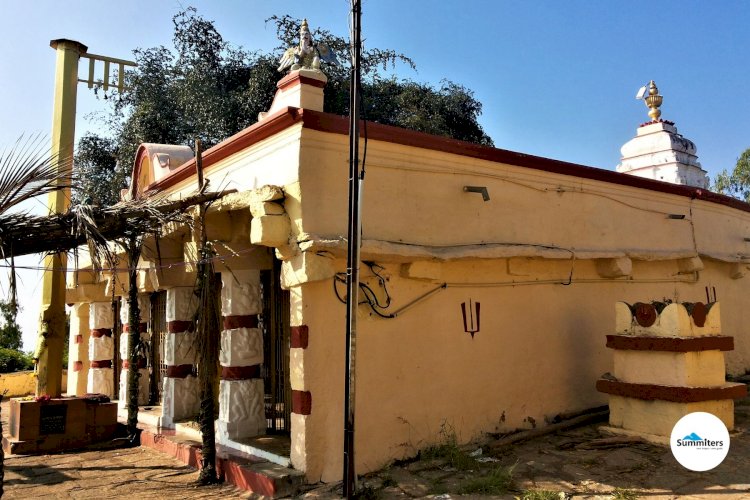 The history of the temple is not so well known. The small temple appears to be a Hoysala structure with beautifully carved stone pillars on the mukhamantapa. The idols of Lord Vishnu are carved on it but a recent whitewash has obscured the beauty of the idols somewhat. From the top of the hill, the breathtaking views are the other attractions. The majestic Shivag­ange hill – Known as Dakshina Kashi resembling a Turtle, the surrounding jungle, the trees and the birds will make one forget the climb. Good for a short trip. The hill can be visible from the main road. The temple opens every day at 10 am and closes at 1:30 pm. There is no pooja in the evening because according to the popular belief, the divine sages worship here in the evening. The small Anjaneya Temple below the hill can be visited. Here, an idol of Sri Hanuman can be seen carved on a rock. In the Month of Magha a Ratha yatra – Car festival takes place. Devotees throng the place and take part in the ritual every year. In 2016 it is scheduled to be held on February 22 as per the temple trust.

How to reach there

Travel on NH4 on the Bangalore-Tumkur Road and take a right turn on Mahimapura Cross before Dobbspet and reach the village of the same name. The hill is situated here. Bus services from Majestic bus stand to Neelamangala and Dobbspet are available.

Be sure that the bus stops at Mahimapura Cross. Otherwise, get down at Dobbspet and hire an auto.

From Neelamangala, hire an auto to reach the village. The place is about 45 kilometres from Bangalore.