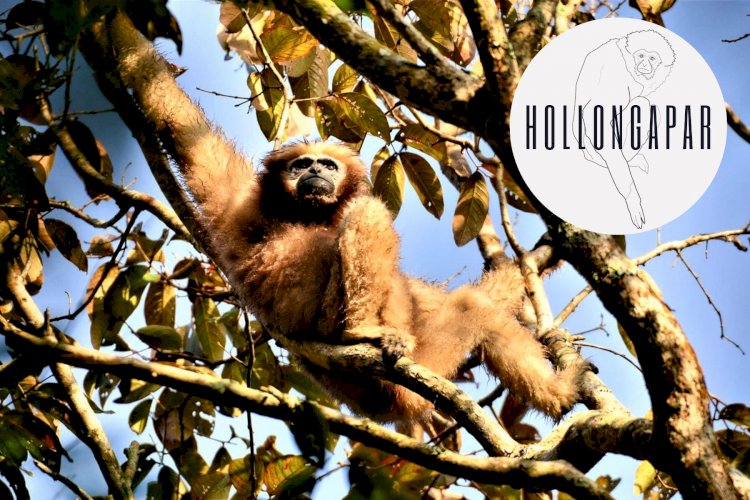 Having spent 2 full days at Kaziranga in safaris looking for Unicorns and delighted by the sightings of Pachyderms and other wildlife, we were willing to visit a similar place not too far. Our Guide Prakash Gogoi recommended us to visit Gibbon Sanctuary located closeby at a distance of 140 km from here.
The next day after breakfast we set our foot out to explore and give a try. After 3 hours scenic drives along with tea estates and passing through Jorhat brought us to a place called Mariani in Assam, close to Nagaland Border. Popularly known as Hollongapar Gibbon Sanctuary.

Overshadowed by Kaziranga, the place is less known, though it is a special place. It is home to only ape species that is found in India, the Hoolock Gibbon, and Northeast India’s only nocturnal primate, the Bengal slow loris which is declared as Vulnerable status on the IUCN list.
The Hoolongapur Gibbon Sanctuary is an isolated protected area of the evergreen forest. The sanctuary derives its name from the dominant Hollong Dipterocarpus macrocarpus tree species and tall trees are also home for apes.
Even before the forest was declared a reserve forest in the year 1997, the forest was existent from Assam to Nagaland. Deforestation and over the expansion of tea plantation fragmented the forest cover and became isolated from plains. Laying of railway track inside the forest land has further fragmented it, hence causing difficulty for wildlife movement too. 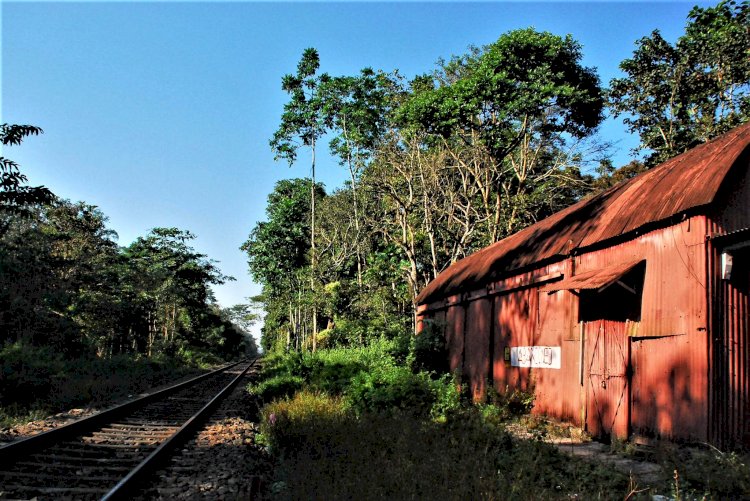 A Sanctuary for Hoolock Gibbons

Hollogapar is the Only Sanctuary in India to be named after gibbons.Next to Orangutan, Gorilla, and Chimpanzee which fall in large apes.Gibbons fall in the category of lesser apes, further subdivided into western and Eastern apes and are found in the largest population.Overall About 15 species of primates found in India. Out of which sanctuary is also home to Seven different species of Apes namely – Western hoolock gibbon, Bengal slow loris, Stump-tailed macaque, Northern pig-tailed macaque, Eastern Assamese macaque, Rhesus macaque, and Capped langur. Apart from the apes, the forest is also teaming up with wildlife such as Asian Elephants, Tigers, leopards, Chinese Pangolin, Jungle cats, civets, Himalayan squirrels, wild boars, and other mammals. The is also a birdwatchers haven including Hornbills and several types of Lizards, snakes dwell in the forest.

The sanctuary is known for varieties of Bamboo, rich  flora, orchids as well. The tall Hollong trees form the upper canopy (at around 90 feet), the Nahar trees form the middle canopy (at 30 feet) and the shrubs form the lower canopy. The forest is so dense that the only way to explore the place is by foot, which is unique and not found anywhere India. Thus avoiding the shrill and Pollution during jeep safaris. The inmates will be accompanied by an armed forest guard, which means the chances of sighting wildlife is more. 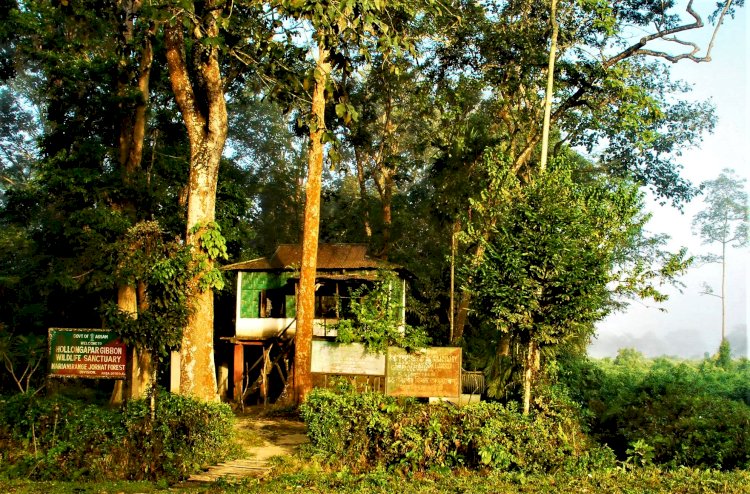 A narrow path that leads to Sanctuary

In the first visit in the evening, we could hear the cacophony of the birds and the hooting of owls. We could sight few Black Male Gibbons and Females Gibbon Pale Brownish in color, they are the only species without a tail. For food and be safe from predators they spend most part of the life on trees.  It was difficult to capture them because of body shape, swift movement, Hoolock Gibbons weigh about 8 - 9 kilograms, they can move at a high speed of up to 50- 55 km per hour and leap up to 20 feet with just one swing and disappear in the blink of an eye. 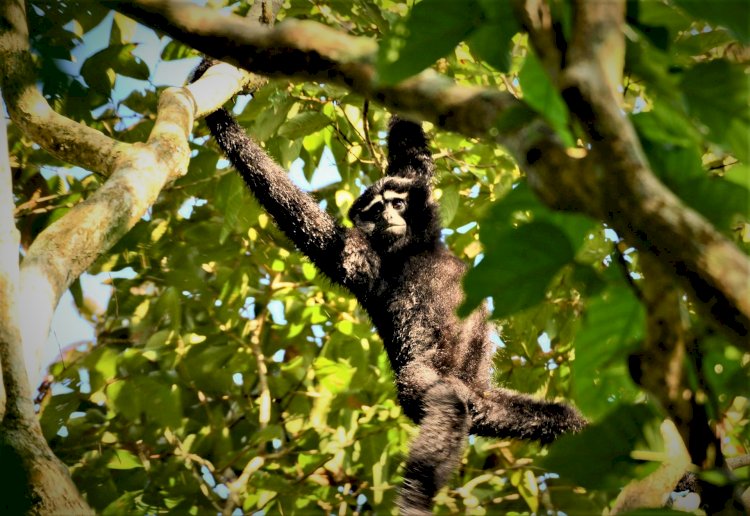 In the morning, the sun's golden rays were making furious attempts to pierce through the canopy and kiss the ground.

Through the assistance of our guide and binocs, we could spot quite a few birds and notice playful, the mischievousness of apes, acrobats on treetops. We could Listen to Calls, songs, and know through guide about a conversation between them. A group of Apes .is normally referred to Shrewdness - Is the Collective noun for a group of apes, which we felt it was an Apt word to use for them .!

We left the reserve after breakfast with a sense of contentment and thanking our forest guide for guiding us to explore one of the best-kept secrets of North East India..

Fact File and Information for Visitors

1. Vehicle movement is restricted inside the sanctuary. So the only way of exploring the forests is by walking with a proper dress code.

2. It is mandatory to have a guide accompanying you and a forest guard with each group from the forest department.

3. Forest Entry Charges is INR 250 per head. If you have a  DSLR and Motion Camera charges are Rs 500

4. Early morning is the best time to visit the sanctuary to sight wildlife.

6. If you are visiting the forest during the monsoon, wear leech socks or go armed with lemon and salt mixture to protect yourself from leech bite. During and after the monsoon, the leeches are very active.