A day visit to Chidambaram and Exploring the Mangroves of Pichavaram

Unlike the beaches in India, the mangroves of Pichavaram are less known and not crowed with tourists yet. Not many people have even heard of it, this vast expanse of Mangrove is still less explored. It is It is said that there are over 700 islands, 4000 canals, 200 species of birds and various other forms of wildlife here. 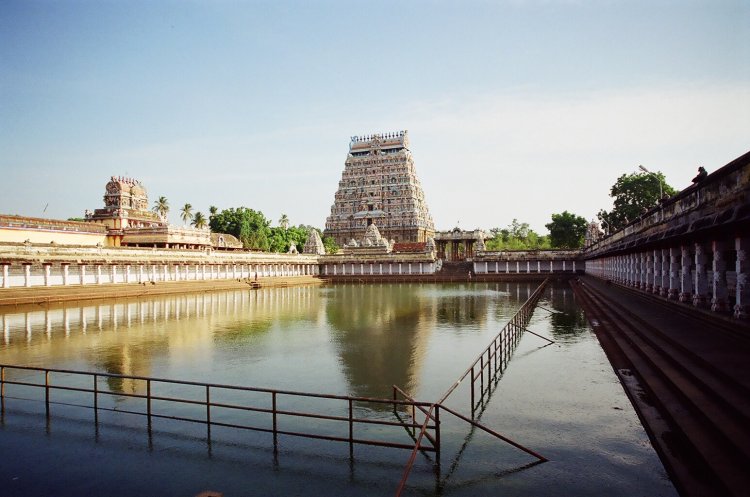 The Painted stork in the mangrove bush in the middle of the backwaters of Pichavaram on the east coast of Tamil Nadu eyed us little suspiciously as we neared its nesting place.The eeried silence around us was distrubed by the genle splash of oars splashing the placid water.

As we approached to get a closer view of the bird with colourful plumage, it launched his elegant long wings in full span soaring gracefully towards sky. 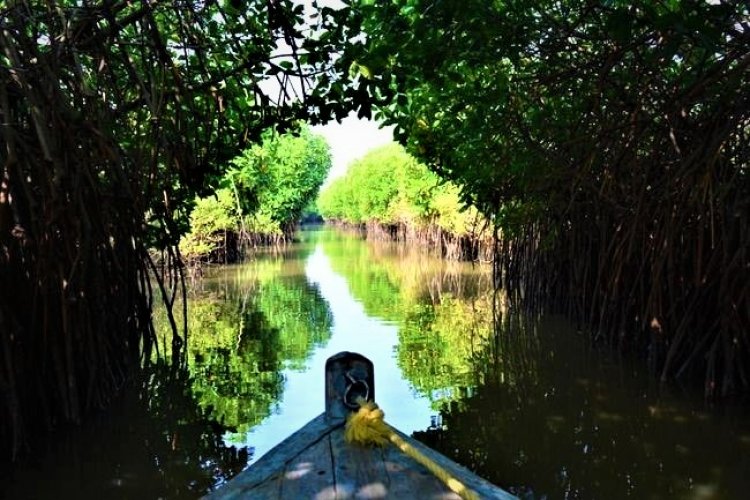 A Perfect dancer indeed !. I thought , as i watched it glide effortlessly.And not surprisingly that morning I had visited the Nataraja temple at Chidambaram which revolves around the dancing Lord Shiva.Soon I had a vision of the dance competition that the temple priest had described between the Lord and fierce goddgess Kali in the Nrithya Sabha ( dancing hall ) within the temple complex.

According to the legend , the tempo of the ballet reached its zenith as the goddess matche Shivas every move and step.The two danced in a spiralling frenzy through cosmic time when suddenly one of the shivas earrings shook free and fell on the floor.Withour breaking  the rhythm of his dance,shiva picked it up with his toes in a trance and with Urdhwa Thandava ( graceful kick of the leg ) attached it back onto his ear.The move, a definite male gesture left the goddess mesmarised.

With no other option but to accept defeat,the goddess strode off to brood in the secluded woods.At a distance of about 3 km from the town stands a Thillai Kali Amman temple dedicated to the goddess who demands the attention fo Pilgrims. The beauty of the Chidambaram temple is that it is vast  complex. Many smaller temples with their own courtyards and huge tank exist here,Of Particular beauty is the Nrithya Sabha where devadasis danced on special occassions like temple festivals in the presence of royality.

A multi pillared structure with exquisitely carved details, the Nrithya Sabha rests on the stone wheels with figures of horses pulling it to denote that the whole structure is designed to look like a chariot which relives the dance contest carved in thousands of etchings on the stone columns.Sure enough there is one panel that captures shivas devastating final move,the left sweeping tip to touch his ear.

According to legend the dance duel was a prelude to Shivas dance of bliss,which is the focus and essence of the Nataraja temple.However, this holy spot on earth,which was to serve as his sacred  arena fell in the domain of goddess Kali and she agreed to leave the place only if defeated in adance duel.Once the Lord earned this right,he preceeded to perform the cosmic dance,which enshrined in the form of Nataraja ( Dancing Shiva ) within the gold plated roof of Chith Sabha ( Hall of Consciousness ).

Indeed Chidambaram is Unique,it is the only Shiva temple in the country where he is worshipped as a dancing Nataraja rahter than a lingam.The 10 day long Natyanjali dance festival conducted by Sangeet Natak Akademy held in June/July and Dec/Jan/Feb attracts huge crowd of classical dancers across the globe. 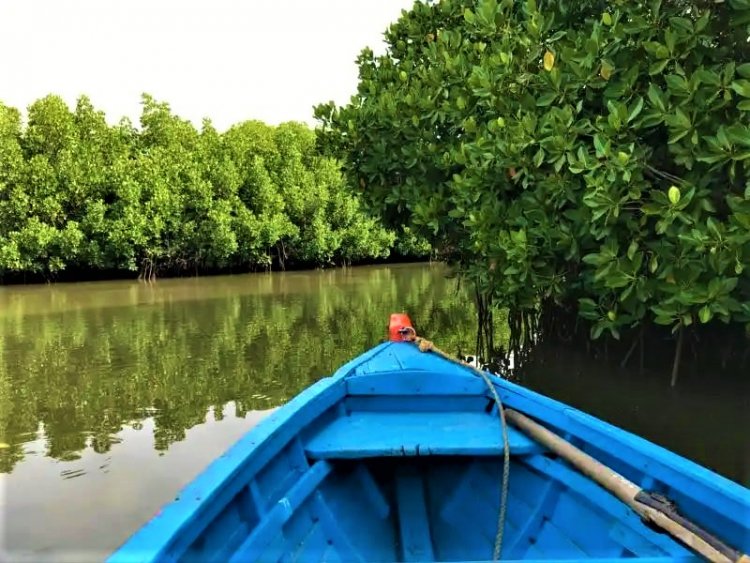 I, however set out from the hustle bustle of the temple town to witness the never ending dance of nature and live orchestra at avian heaven over the backwaters of Pichavaram just 15 km from the temple.The rickety city bus transported us to a boat house maintained by TTDC after passing through narrow roads and vast paddy fields .After a quick meal a the restaruant I boarded the long narrow boat and set out to explore parts of some 3000 acres of mangrove forests that seemed to float on the backwaters.

Our boatman Sampath  said that there are over 1000 big and small islands and an endless network of waterways, Caves, Canals to watch. Recently some movies too have been shot here.

The mangrove wetland is home to a variety of rich flora and fauna population.It also attracts appreciable species of birds few local and true migrants.So far 171 birds have been identified here and is a paradise for bird watchers.The Mangrove shrubs are said to protect the coastal regions from erosion and apparently Pichavaram Mangroves were responsible  to have protected the regions around Chidambaram from Tsunami in 2004

As we explored deeper and deeper into the backwaters the mangrove forests started to close in around us.The boatman with his expertise manouvered through the canals tucked under the Canopy of trees.

Once in awhile i could see pied kignfishers dive into water and disappear in the mangrove clump.I started to wonder if the baotmen knew his way out of the network.It was like a big maze and coming out of it,seemed a challenge. We finally emerged out into open space successfully once again,though we didnot find much birdlife duirng out visit.I learnt that the season was in September - January when flock of migratory birds come here to breed.

Pichavaram was really a rejuvenating trip indeed in the temple trail of Tamil Nadu.