The 9 arch bridge at Ella is one of its kind !. It totally offers a mesmerizing experience in multiple ways. ! But, of all, especially for architects, engineers, and the students pursuing architecture. It could be a great case study to learn about the underlying skill and technicalities for its presence today! 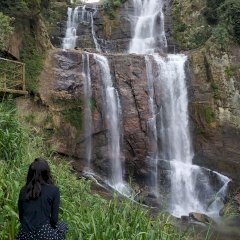 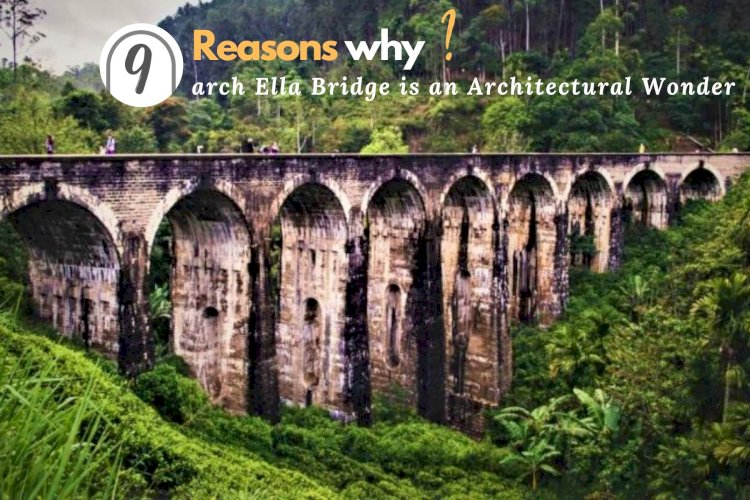 View of 9 Arch Bridge at Ella

The Nine Arch Bridge - Doesn't it ring a bell to those who plan for a visit to srilanka?! It is one of the top tourist destinations in srilanka.  This bridge is also called the Bridge in the Sky, is a viaduct bridge and is one of the best examples of colonial-era railway construction in the country. The bridge connects the two stops via train from  Ella and Demodara station, and is believed to be one of the best train journey experiences in the world for the breathtaking scenic beauty it offers! So you now know, do not miss the train!!... 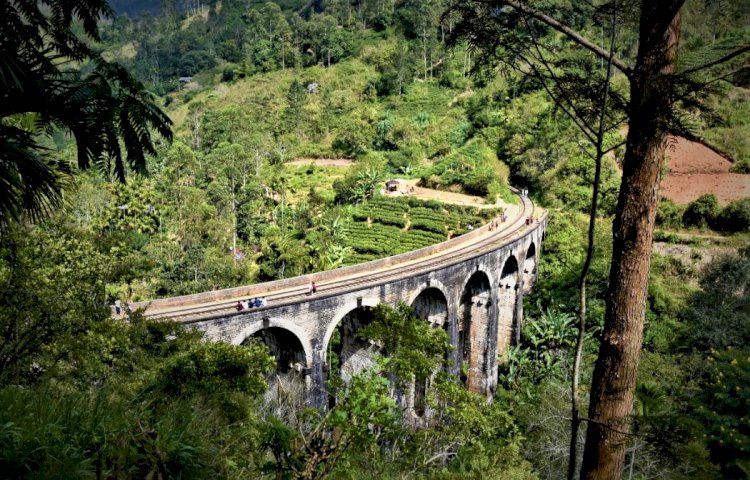 How do we reach there?

So, there are multiple ways to get to the Ella bridge. Of course, of all, the train journey could be the best way to experience it! There are Trains that pass by the bridge at regular intervals maybe about 6 times a day. The exact times may change, so it is better to ask at your respective hotels in Ella for the train timings. Also, not to worry as there could be trains scheduled every 2 hours also sometimes, so meanwhile, It’s a great place to photograph and there are small cafes where you can buy drinks and food. The best time to enjoy the train ride could be the first train in the morning!

However, if you would want to experience the state of being there and admire the bridge, then the best time for you to get there is in the evening to enjoy the setting sun in the luscious green forest and rocks around the bridge! And that would guarantee the best pictures to click! One gets to the bridge in multiple ways, through the forest trail, the local tuk-tuks can ride you close to the tunnel that leads to the bridge, or you can even walk on the railway track from a drop off point, this way you can reach fast and at the same time experience the beauty around!

Now, there is more to it! let us know a little more as to why this bridge is on the top picks and so significant! Certainly an architectural marvel! 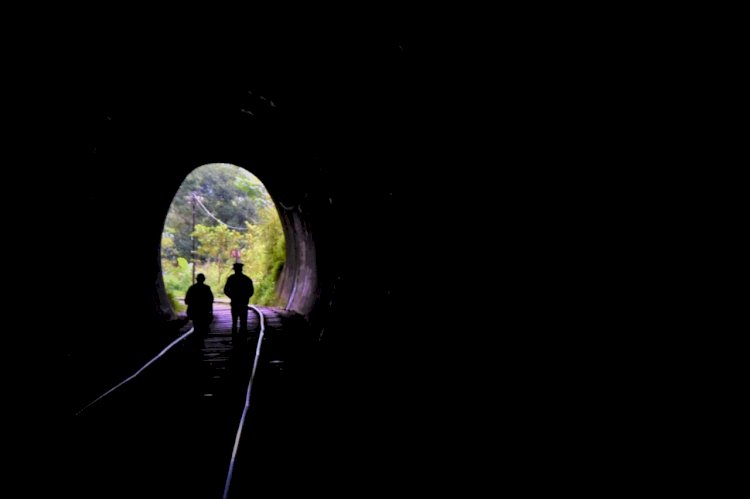 The good news is that the 9 arch bridge has hit a century! isn't it quite old? Quite a heritage structure. From around 1921, the bridge has been fully functioning! It is said that, around 1913, the design was ideated and proposed to construct by the colonel rulers and local government of Sri Lanka. However, there were quite some challenges in the process of construction due to the large gap between both the hills and the uneven bed of rocks and mushy land with a forest around!

It was built by an ordinary man, performer of art, and not a master artisan having knowledge in architecture or civil engineering. So, there is an interesting story among the locals there about bridge construction! A man named P. K. Appuhami, who lived in the Kappatipola area in Melimada. Born in 1870, Appuhami was a famed traditional drummer and devil dancer (a ritual dance form). One day, while returning home gloomily as he lost a competition, Appuhami was seen by a British official. The official initiated as a conversation and soon after Learning that the strange foreigner was in his area to construct a railway; Appuhami assisted by supplying him with labor from the local villages.

When the colonial men were not able to find a way out, the ordinary man with a nak for construction techniques and strong intuition could actually resolve the large gap and uneven surface by toppling some of the rocks and make an even bed start off with the construction!

To our amazement, unlike today's construction techniques where we cannot think of constructions without reinforcement and concrete, this bridge like the olden age constructions, with such a whopping height or 24m, standing tall at an altitude of 3100m above sea level and spanning at a length of 91m, was built in rock, brick and mortar and not a single piece of steel! Isn't that amazing?!

The entire construction happened mostly with rock material around in the vernacular architecture style and with the help of local laborers in the most cost-effective way! This totally stunned the colonial men for his excellence!

The methods of constructions used by Appuhami proved to be so intuitive and cost-effective; that he finished the entire project, which was intended to continue for many years, within a single year at a fraction of the original cost planned. Voila! don't you think only the people with superpowers could do that in today's generation to build something at that height, span, and just with rocks and bricks!

Do not ignore the fact that the bridge is not just high and long, but also, curved! Let us leave this to the mathematicians and science freaks to figure out how could they so profoundly take in account the centrifugal force/Centripetal force to ensure the structural integrity during the construction, again, without any steel, but just rocks and bricks! Indeed the structural mechanics were on point!  And still, the Britishers refused to believe its structural integrity. At this point, Appuhami is said to have sworn to the strength of the structure by saying he would prove it by lying under the bridge; when the railway line was used for the first time. Once the track was completed, he kept to his promise; awing the officials with his achievement. Something that the current-gen. architects should learn from it!

As you all may have learned about the many nuances that added to the bridge, on the whole, let us also appreciate its form! As one may understand that Architecture known to the laymen is just about form and appearance, one must have also learned about its depth in the subject through this small yet significant example of the Ella bridge!  It is all about the planning of spaces for functional use, approving the structural integrity, and last, but not the least, appreciate the most aesthetic nature of its many faces, the form!  So, as we now know, the ellea arch bridge is a viaduct, as the name suggests, Viaducts are a type of bridge that is made of multiple small spans. They have arches in a series. All arches are of almost the same length. So, are the 9 arches for our magnificent architectural wonder!

Hello Viewers! I am Raveena. I am a passionate person trying to draw parallels between 3 major aspects of my life! Architecture, Travel and Music! To suffice my logical , high spirited and workaholic mind, I love to disappear into nature/travel/music! It's a play in my bay! And to share my experiences, I do have a personal blog on Instagram with the handle (rav_leafletter) and once in a while I do upload some videos on youtube too! Hoping to connect with as many places and people as possible! Hope you all enjoy reading my experiences and help plan a wonderful journey for yourselves too! :)