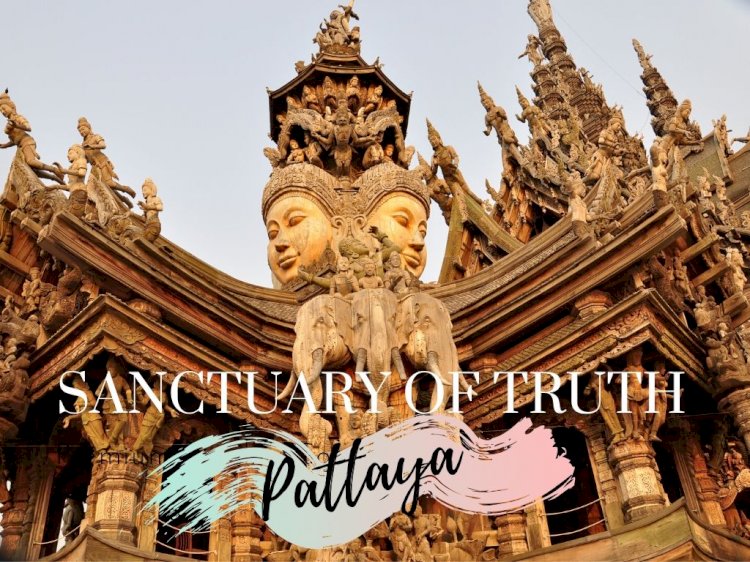 ‘ Don’t forget to visit the Sanctuary of Truth in Pattaya ‘ so said my friend and strongly recommended to visit this place during my tour of  Bangkok. Being a lover of art and interested in Mythology I made up my mind without a second thought and decided to visit this place. After visiting Pattaya floating market, I booked a Grab ride ( A version of Uber/Ola in Thailand ) to a place called Nak Lua. In not less than 30 minutes I landed at an unknown place.

I could glimpse spires of a Gigantic grand structure as if piercing the blue sky. As I neared, I was awestruck and overwhelmed for a moment looking at the exterior of the structure. But that's only the tip of the iceberg because once ventured inside and looking at the carved decorations closely, I was stupefied by the sheer beauty and skill in turning logs of wood into a massive masterpiece of art.

Contrary to the popular belief, It is not a temple, but a grand wooden museum with intricate carvings shaped into teak wood that sits on the beautiful Gulf of Thailand on the beach, overlooking the sea. Surprisingly it is the only all-wood sculpture in the world and is even more appealing than it looks in the brochures. From the upper viewpoint, the entire monument appears as if it’s floating on the sea. Remarkably, Thai skilled craftsmen have constructed it completely by wood, not using a single nail! 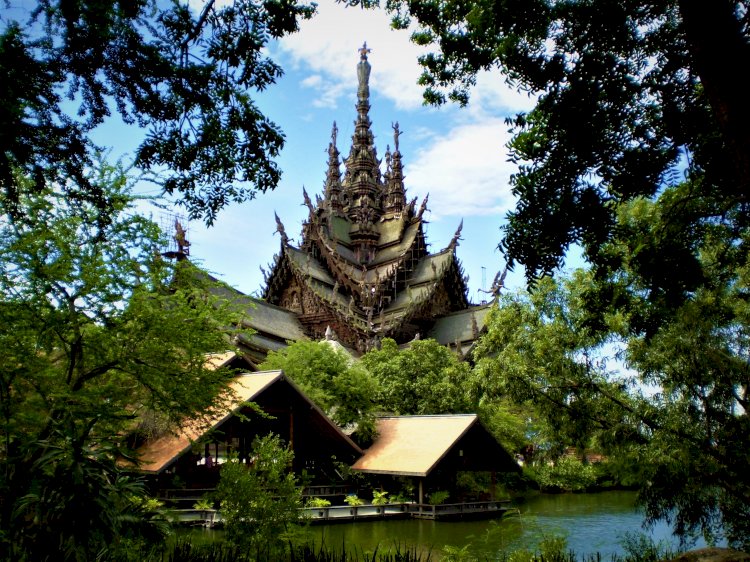 A bit of History

The top of the building is 105 meters high, and the building covers an area of more than two rai.The wooden structures are in contempory style purely visionary art,  based on religious and mythological themes. Being a Buddhist country most of Thailand is filled with glimmering golden temples, stupas that are colorful and made out of stone and gold. This temple is a rare delight of a different form of beauty.

The Sanctuary has a mixture of Buddhist and Hindu influences and is based on the Ayutthaya period. Inside, there are wood carvings representing the gods of the four elements of our world – earth, water, wind, and fire. The project is a brainchild and was initiated by a Thai businessman called Lek Viriyaphan. The museum has been under construction based on his idea since 1981, and is expected to finally be completed in 2050! 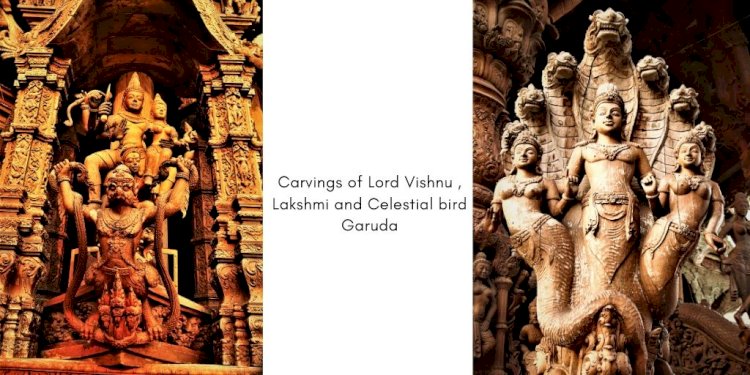 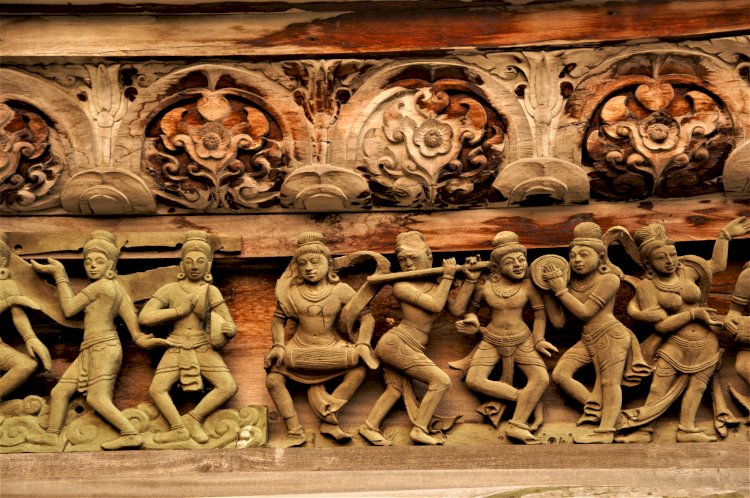 carving inside exhibit iconic architecture, this wooden museum weaves together the tale of life in simple wooden sculptures.Few things that came to my mind and what the Sanctuary of Truth says is that the body is temporary and will be ravaged by time.It will deteriorate but truth and goodness are immortal. The  3 visual celestial things that cannot be hidden are the sun, the moon and the truth. Materialistic pleasures are temporary and true happiness lies in spiritual fulfillment. Every belief, religion and philosophy is just a different way of reaching spiritual fulfillment. 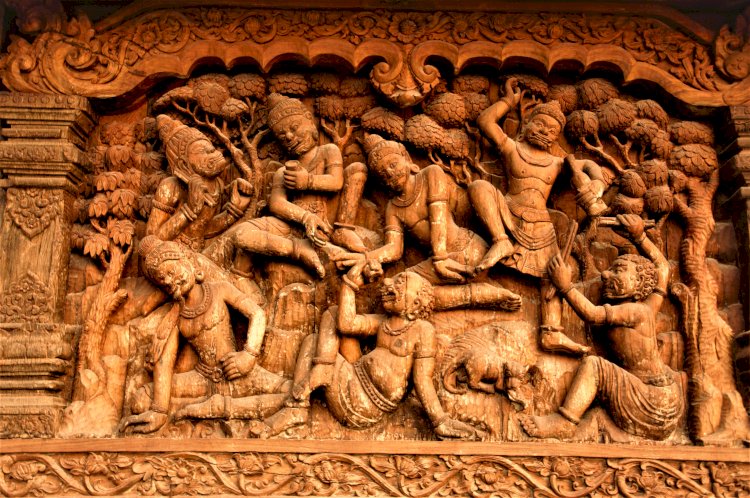 I was captivated with the sprawling interiors, filigree work, and the intricate designs loved watching the harbor views from the many sea-facing latticed windows the light and shadow play of light.

It is said that from the date of construction till today only70% of the monument being completed. The remaining 30% is expected for completion in over 3 decades. The craftsmen work round the clock adding few more carvings as per plan, the building is still a stunning visual masterpiece. The monument is built entirely out of wood which comprises redwood, mahogany, and teak. That's why the monument has different colors varying from grey to brown to deep ochre. During sunrise and sunset, exterior and Interior, when lit with light, glows in different hues. I came to know from the curator that few places look green and they are actually 'diseased' wood due to termite infestations and will be treated or replaced. 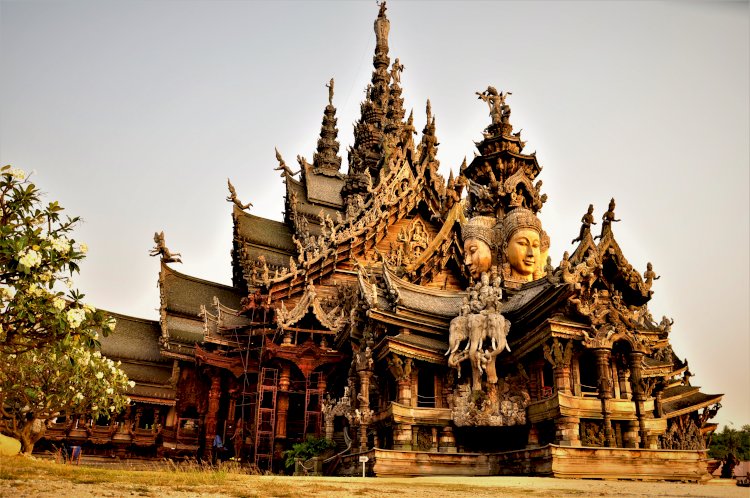 It was difficult for me to capture the gigantic structure in my wide lens. After furious attempts, I could manage to get one. I could sense the low light, as the glowing red ball of fire dipping in the sea. The sky was in a riot of colors and idols backlit were in a perfect silhouette, was a moment to cherish. With a heavy heart, I bid goodbye to the place. 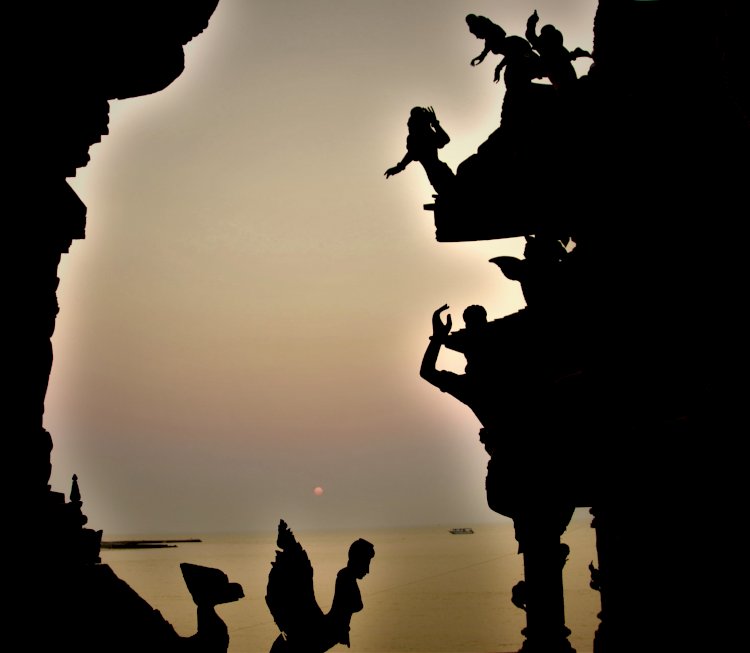 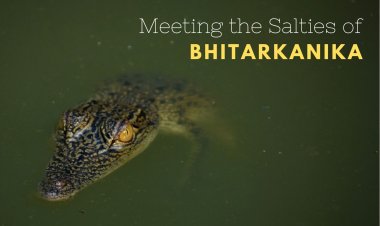 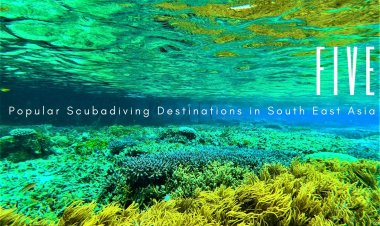 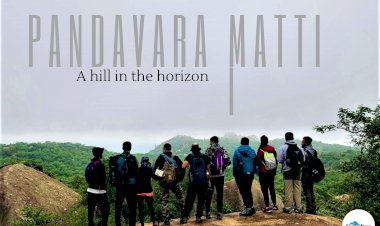