A Child prodigy of yesteryears and a Miniature Micro Man today Mr. Mallikarjuna Reddy has been keen on pursuing his passion. His dedicative work as a miniature sculptor has bagged him Guinness World Record. He is creator of the world's smallest monolithic sculptures on a tooth pick, single rice grain, without using magnification lenses 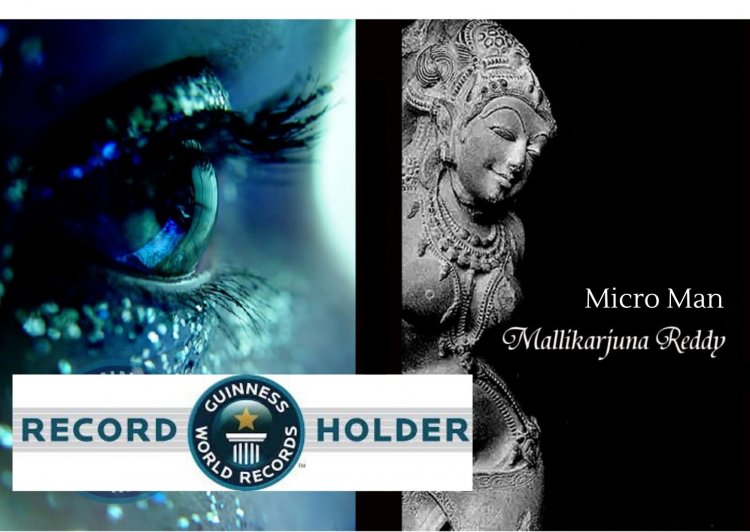 One Literally requires a Magnifier lens to literally look at the artistic creations done by Mr. Mallikarjuna Reddy. This was my personal experience when I clasped one of the works of this artist. I was flabbergasted to know that he carves his delicate works seeing only with his naked eye.

" Most chain links carved from a single toothpick.".When asked, the key to success. he casually replies with a frown on his face 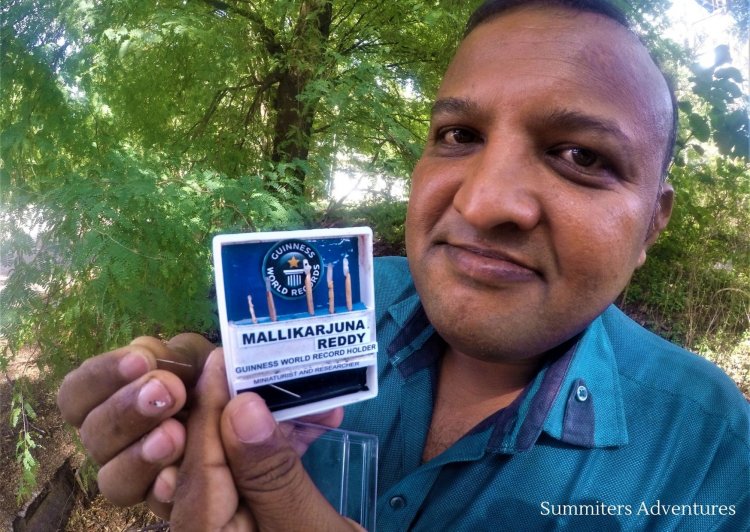 His life and Work

Mallikarjuna Reddy aged 40 years, hails from Kolar known for its gold mines, born to Changalaraya Reddy, son of a landlord and politician mother Akkamma, Thoppanahalli Village in Bangarpet of  Karnataka.in India. Since childhood, he was attracted towards art and under self-influence, he learned caricatures in school at  Kolar Gold Fields at age of nine.

He has created unique workpieces and is practicing with self-owned skills, having the potential of creating high-end miniatures. Caricaturing on the most delicate material and handling it with absolute accuracy through his innate skills. From childhood, he used to carve miniature sculptures and chain links on pieces of chalk. 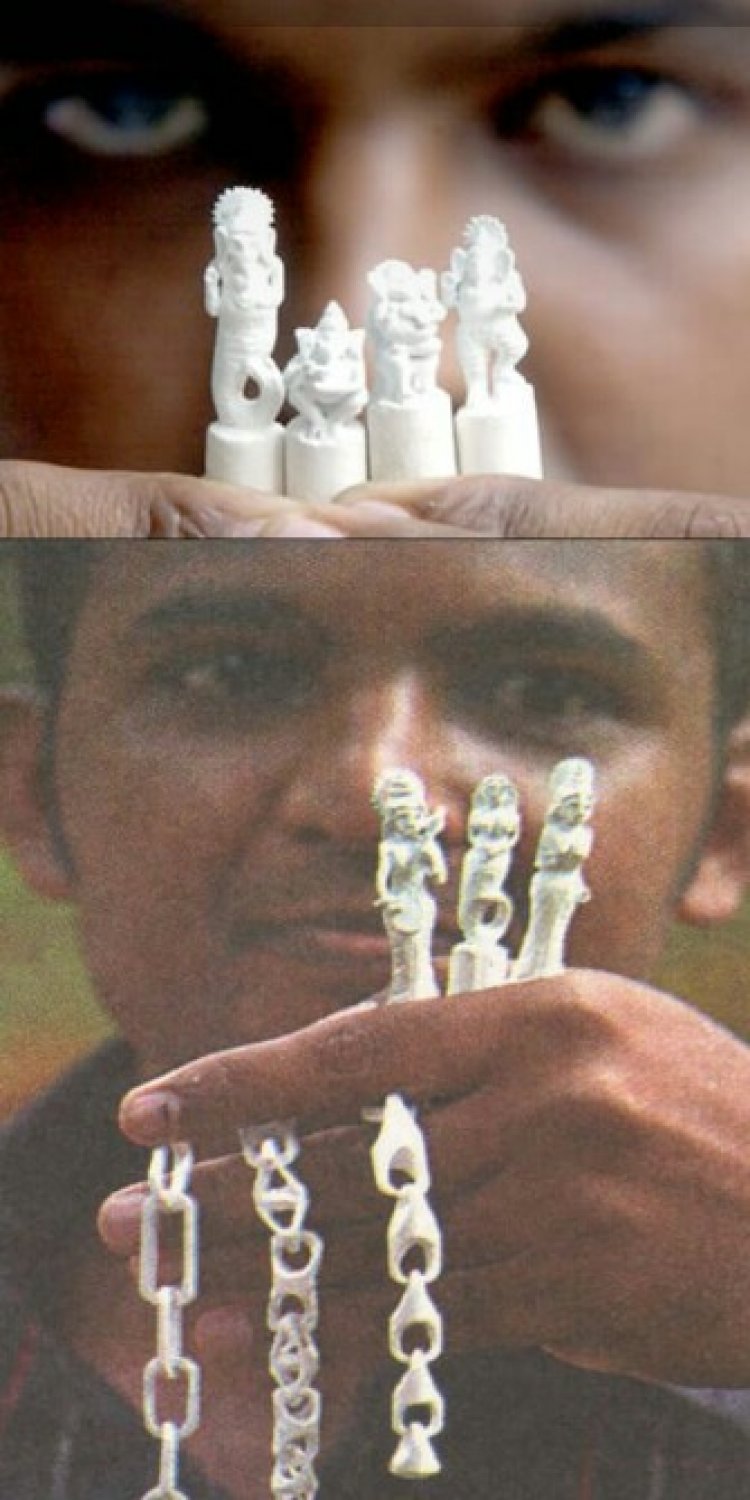 In the year 2000, he moved to study Biotechnology at Reddy Jana Sangha College. to Bangalore ' It was there, in the communities of Reddy’s and Friends nurtured his passion that he had enriched his skill of Miniature although his parents were envying his hobby of Miniature Sculpture ' says Mr. Mallikarjun proudly. With the positive vibes and living in this environment, Mallikarjuna Reddy started creating Microscopic sculptures. In the year 2001, he exhibited at the Karnataka Chitrakala Parishad with his first one-man show held at Chitrakala Parishad he was commissioned by most influence by media.

With artistic innovation at its zenith, in the year 2004 he experimented with abstract forms, he named it Micro Miniature sculptures. Later he developed more dynamic creations, which he achieved to Indian figures and animal compositions which compressed 62,000 collections and more in wood, rice grain Chalk Carvings. etc

With the assistance of the Indian journalist and Photographer Manjunath Kiran he had enriched his popularity, however, he is not a commercial artist and does it by obsession.

In February 2005 he was recognized as the Guinness World Records Holder by creating a 28-link chain on a single toothpick; he had broken the previous record of 17 links created by Bob Shammy, an American of Pennysylvania, created in 1991. Later he had many Awards to his credits. 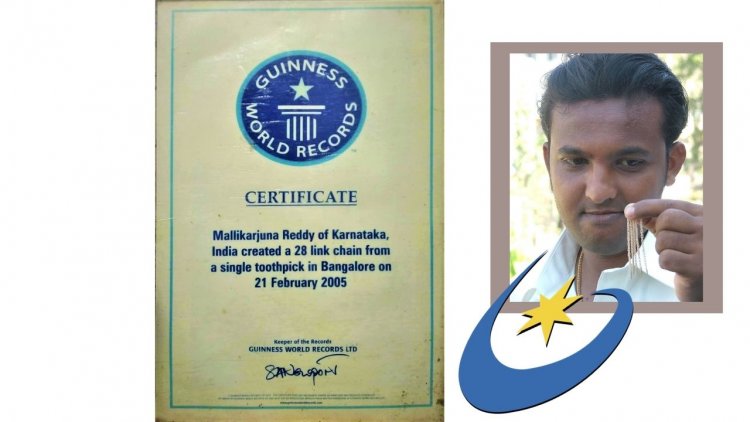 A good human being by nature, he is been serving the needy and doing social service to society with no vested interests.

As a good samaritan, he is indulged in research of ancient Temple Architecture, ancient monumental research, Graphology study, Biotechnology, and Multimedia are his pastimes. He is now residing in his native village and has started a rural education school Akshara International School. His motto is to provide the best and adequate education for the young generation and he teaches his skill of Miniature Sculpture for aspiring children, mentally retarded persons, and disabled people.

He is indulged in creating many more such unique masterpieces, burning the midnight oil. It is true that the skill of Miniature Sculpture requires an enormous amount of patience dedication and imagination to create masterpieces.

If people knew how hard I had to work to gain my mastery, it would not seem so wonderful at all.