Mesmerizing Meghalaya boasts of dense forests due to heavy rainfall and claimed as the wettest place on earth. The verdant forests whisper legends and lores, local consider these as sacred forests adored and feared alike due to its mysterious properties and supernatural happenings over the years. Mawphlang sacred forest is one such place you should include, if you are visiting the abode of clouds 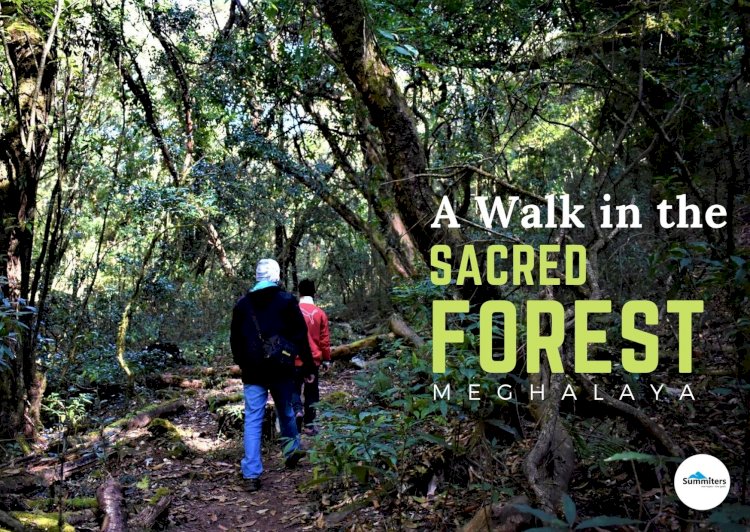 Have you ever heard of a “Sacred Forest”?

In short, they are patches of primal forest that some countryside communities protect as abodes of deities. These “ecological people” earn their livings from nearby resources and value nature for the conservation. The sacred forest represents a vital enduring tradition of conserving specific land which has a history of cultural and most often spiritual significance. India has the highest concentration of sacred forests in the world. Estimates suggest that there might be between 1 million to 1.5 million sacred forests around the country.

Globally, sacred forests often have associated with myths and taboos on the use of specific plants and hunting or sacrificing of certain species of animals within the acreage. These traditions can serve a conservation role as some of the sacred forest fragments represent the only remaining forests locations with the potential for conservation of flora and fauna.

Hailing from the heart of the Shimoga region, of Karnataka it was not new for me, here too forests are referred to as Devarakadu (God's Forest), and forests are protected as abodes of gods. The practice of Bhoota Aradhane (Ghost Worship) is done to appease gods in the Dakshina Kannada region of Karnataka, Coorg which protects the Forest. The gods are invoked and whole villagers worship them for better rain, protect their crops, good yield, good health and well being of all. They have a strong belief that if they don't, they will pass through hard times. 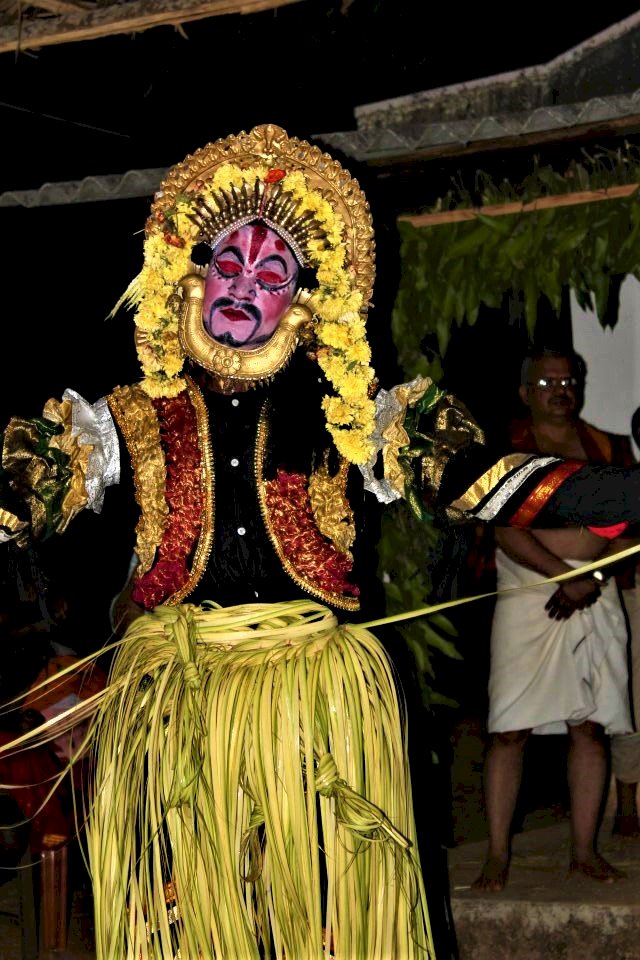 One region in North East India, where I recently visited, Mawphlang Sacred Forest situated around 25kms away from Shillong. The forest is placed away in the East Khasi Hills and is one of the dense forests, I have ever come across. This forest is more than 800 years old, which becomes one of the oldest forests covering around 72 hectares of land, and the largest sacred forest existing for the indigenous deity called Labasa. The Khasi tribal believe that Labasa conserves this forest and their community for spiritual reasons. They believe that Labasa appears in either of two avatars tiger or leopard.

Harming the forest is forbidden by tradition and it is typically believed that any alteration of the forest, such as cutting wood for construction or firewood, taking any fruits or seeds from the forest, or other forms of resource extraction, will result in negative consequences to the person taking the resources. A famous saying, "Leave nothing but footprints, Take nothing but pictures, Keep nothing but memories" so as the legends says, "Nothing goes out of the forest". At Mawphlang sacred grove, several residents recalled events when outsiders tried to harvest trees from the sacred grove but then fell ill. Thus, belief in the negative consequences of actions that harm sacred groves serves as a method of maintaining the grove and keeping it intact and preserved. 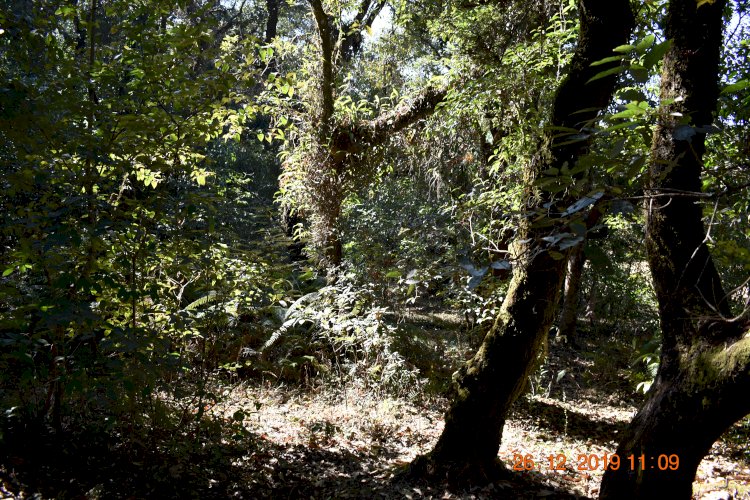 When we arrived, we were first introduced to a local guide and he gave two offers for the visit. One was to take a short trek and another was a longer trek by paying little more. Then we took a call for the long trek as we were inquisitive to know more in the forest. Before entering the forest, we were introduced to monoliths. As Meghalaya is rife with monoliths this one was different and had a significant role during ancient days for the tribal. The animals were sacrificed on those mossy stones as a part of their ritual. The name “Maw” in Khasi dialect means “Stone”, “Maw Phlang” means “Grassy Stone”, this was how the name was given to this place as it is one of many settlements in the Khasi hills named after monoliths. The standing monoliths represent male and sleeping one represent females. Our guide started narrating stories about the monoliths and its history and we were intrigued to know more. 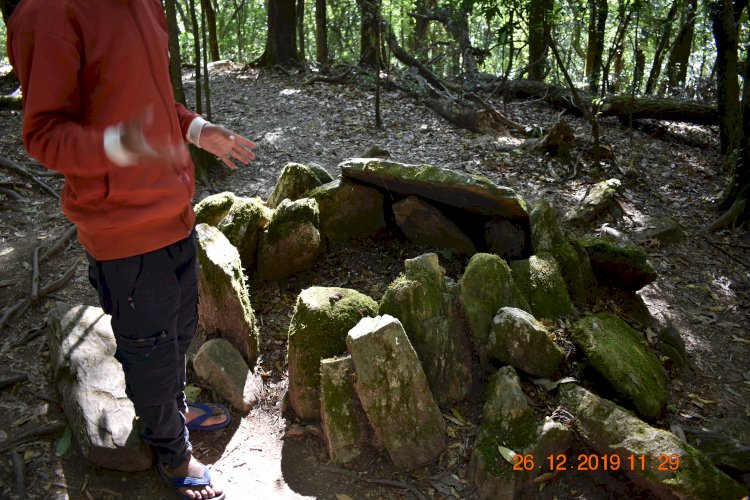 We started to enter the forest we felt a change, a sudden view from grassland to thick enchanted woods, where the sunlight had to find its way through the thick foliage. Stepping into the forest exposes a bewildering grid of plants & trees, all connected. Some of them, which are believed to be more than 1,000 years old, are endemic to ancient wisdom. There are many medicinal plants, including those that can apparently cure cancer and tuberculosis, and Rudraksh trees (the seeds of which are used in religious ceremonies). It is also known as the eye of Lord Shiva in holy scriptures. 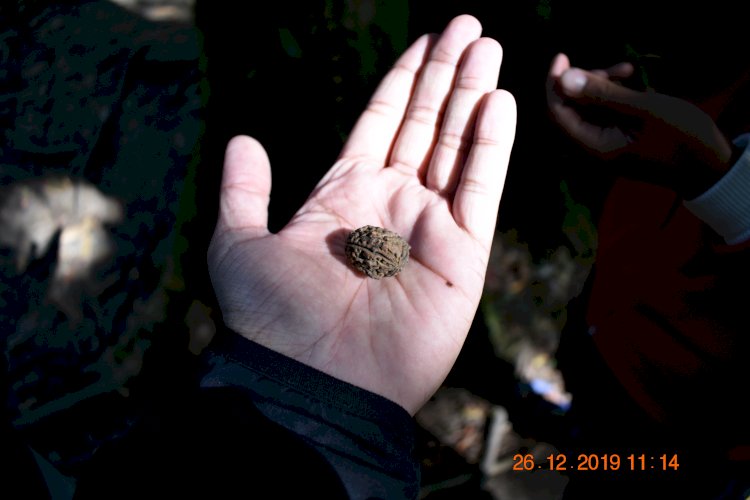 Also, we came across Lilly Cobra plant which has a leaf and a twig that looks like the head of the cobra. Orchids, carnivorous insect-eating pitcher plants, ferns, and mushrooms also abound. There were crisp pine tree fruits and other fruit called “Soh Kwid” which looked like big lemon and tasted bitter. However, the Khasi Pine tree dominates the forest. 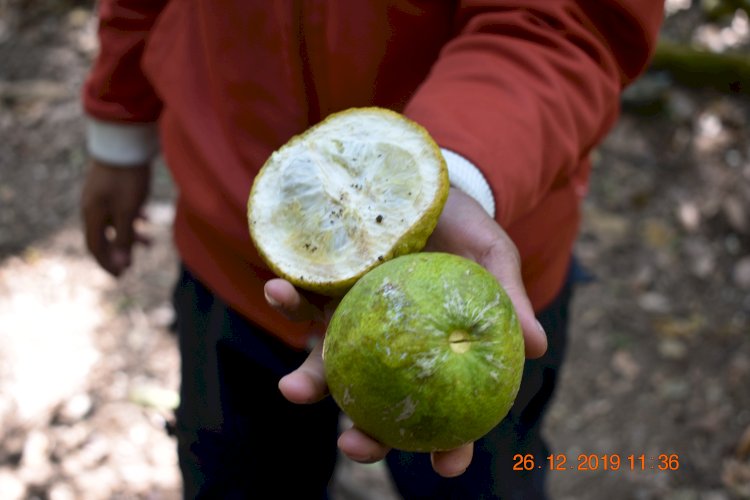 The main flowering trees are Rhododendron formosum, R. arboreum, and Pyrus pashia, some other noteworthy shrubs and trees include the oak Quercus griffithii, Daphne cannabina and Symplocoscochinchinensis. There are ferns such as Lindsaeaodorata, and species of Botrychium, Peraneum, Dryopteris, and Polypodium.

The area is small surrounded by barren land there is not much larger mammals were found. Nonetheless, small mammals such as squirrels, moles and rats are found. There were number of Bats specimen obtained from this place, which not existing at the place presently, such as Woolly Horseshoe Bat, Rufous Horseshoe Bat, Intermediate Horseshoe Bat, Hodgson’s Bat, Whiskered Bat, Little or Tibetan tube-nosed, Round-eared Tube-nosed Bat. These specimen are now kept in the Field Museum of Natural History at Chicago, USA.

Never had seen such diverse vegetation another place than, in our Western Ghats. I collected the leaves and ferns and was moved by foliage forms. The whole forest was in a riot of colors. 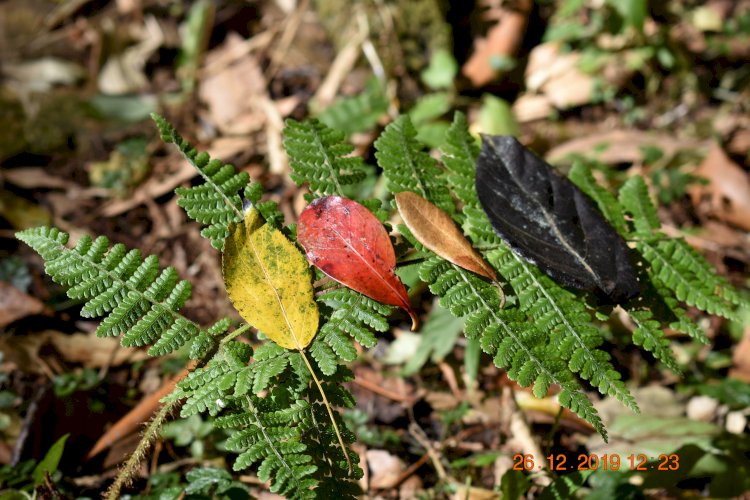 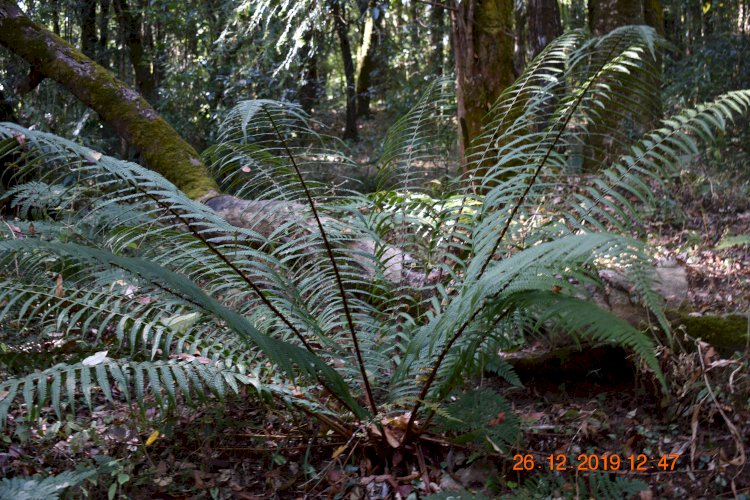 The enchanted walk through Mawphlang was a never-ending experience of nature’s beauty at its best. The clear water streams, the moss-laden rocks, barks of old trees, the earthy fragrance was invigorating – every element adding to the thrill of natural beauty.

As I stepped out, I felt that nature is the best teacher and remembered a saying – A thing of beauty is a Joy Forever. Due to these customs and rituals forests still exist and let these be practiced forever. Taking a deep breath I felt that forests are the lifeline of all creatures on earth !. We clicked only photos and carried memories of verdant hills with us.

How to get here

Drive from Shillong via Mawsynram-Shillong road for 30 minutes and navigate towards Khasi Heritage Village.

If you like to get wet and enjoy rains in the wettest place, then May-August is the time to visit.

If you don’t like rains, then October to April is the time you can visit.