A head anointing ceremony or holy head bath is Popularly known as Mahamasthakabhisheka is done to monolithic statue about 57 ft high Lord Bahubali at Shravanabelagoal every 12 years. The next celestial bath is happening to the statue in 2030 t 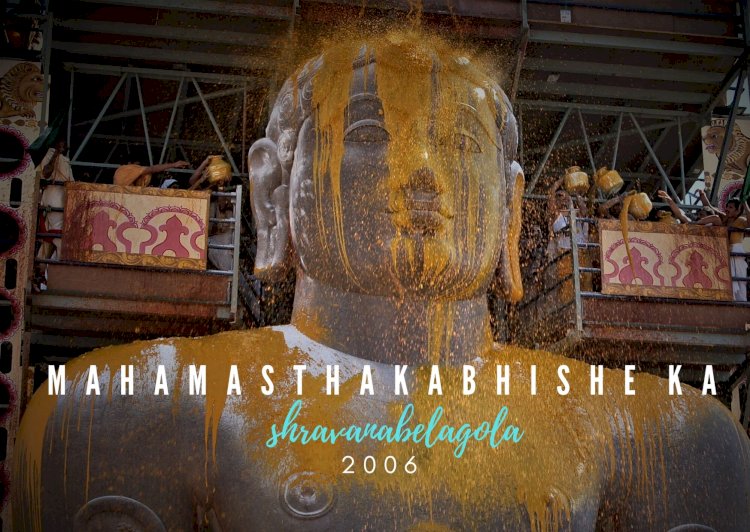 ( oh , gommata deva tall and proportionate in height, saffron  in colour and beautiful in

Jainism has always held a predominant position in Karnataka. The relation between  Karnataka and Jainism has been as continuous as it has been close For centuries, Jainism was Karnataka's state religion.

It is understood that in the 3 rd Century BC, driven southwards by famine conditions in the north, Mauryan emperor Chandragupta from Ujjain along with his preceptor Bhadrabahu Battaraka and 12,000 other Jain Sages travelled to Karnataka and settled down at Kalbappu performing austerities. Even to this day, he basadi of Chandragupta and the cave of Bhadrabahu are found in Shravanabelagola.

It is quite likely that even prior to their arrival here, Jainism had a strong footing in Karnataka. Arethippur near Maddur in the Mandya district of Karnataka was a Jain pilgrim centre during the reign of Gangas in 9 -12 century. Here a monolithic 10 feet tall statue of Gomateshwara on a hillock, dating back to 917 – 918  AD is said to have inspired the great sculptor Chavundaraya to carve a similar statue at Sharavanbelagola. However, the history of Jainism in Karnataka can be traced continuously since their advent. Jainism has flourished for over 2,000 years in Karnataka as a vital and powerful force.

Jainism as a religion received royal patronage from the Kadambas, the Gangas, the Rastrakutas, the Chalukyas, the Hoysalas and other dynasties. Many temples and monuments have also been dedicated to it.Some of the renowned places of Jain pilgrimage are Shravanabelagola, Dharmasthala, Karkala, Moodabidri, Narasimharajapura, Mandaragiri, Kanakagiri, Venur and Humcha.

At Shravangabelagola, the statue of Gomateshwara or Lord Bahubali was built by Chavundaraya, a general in the service of Ganga King Rachamalla. Carved by the great sculptor Aristenemi  from the huge rock at the peak of Vindhyagiri hill in Shravanabelagola, the statue was completed around 981 AD.

The colossal staue of Gomateshwara , which is 58.6 feet tall, carved out of a single granite rock, is the worlds tallest monolithic statue.It is worshipped to this day after more than thousands of years, not just for its beauty and size but for the principles it uplholds –

Mahamasthakabisheka  or the Head Anointing ceremony is performed  to the statue since then, to this day upon the wish ( Under the inscription ) of Kalaladevi , mother of Chavundaraya, once every 12 years.

The Prathistita Abhisheka   for the statue at Shravanabelagola was held on 08 February 2006 with 108 kalashas and it culminated on 19 February with 1008 kalashas  for 12 consecutive days. 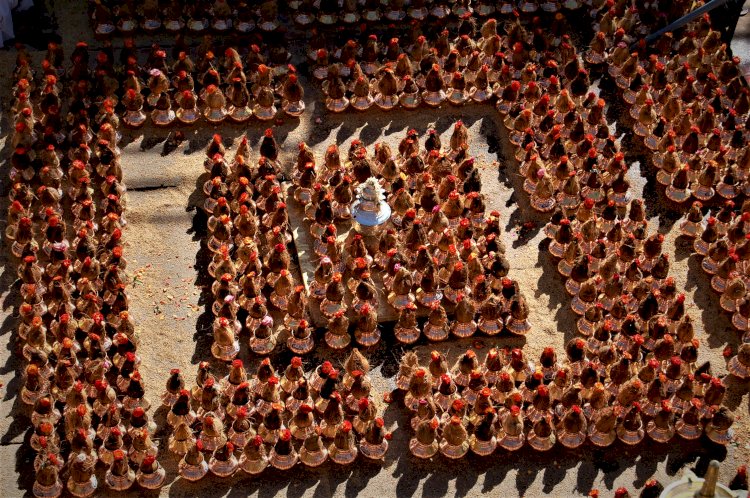 It is believed the water cleanses the statue, while sandalwood ,kum kum and turmeric help to spread the virtues of the Lord. Sugarcane juice alleviates hunger, milk is regarded as the symbol of purity, and the paste of medicinal herbs Kashaya   signifies beauty.

Note: The author was a part of the 2006 ceremony held at Shravanabelagola.Next Mahamasthakabisheka is held in 2030