Yana, a picturesque village in Uttara Kannada district of Karnataka, is home to some beautiful rock formations. Yana is located in the heart of Western Ghats. This place has two unique rock clusters, steeped in mythology and local folklore. It has become a huge tourist attraction and a place for trekking since they can be easily approached by a half kilometer small trek. These two rock formations are called the Bhairaveshwara Shikhara and the Mohini Shikhara and are made up of solid black, crystalline limestone. 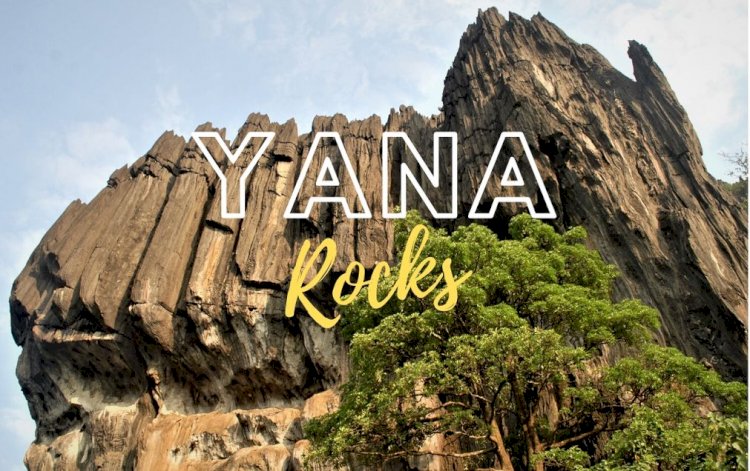 View of Bhairaveshwara Shikara at Yana

Rokkiddhare Gokarna Sokkiddhare Yana is a folklore proverb famous in the Uttara Kannada district. Roughly this means that if one has money, Gokarna is the place to expend it, and if one has Pride, Yana is the place to lose it. This proverb sums up the difficulty one encounters in reaching Yana. This essay is based on a  tour of Yana that I and a curious bunch of 17 others undertook recently. According to a legend that makes it rounds orally. 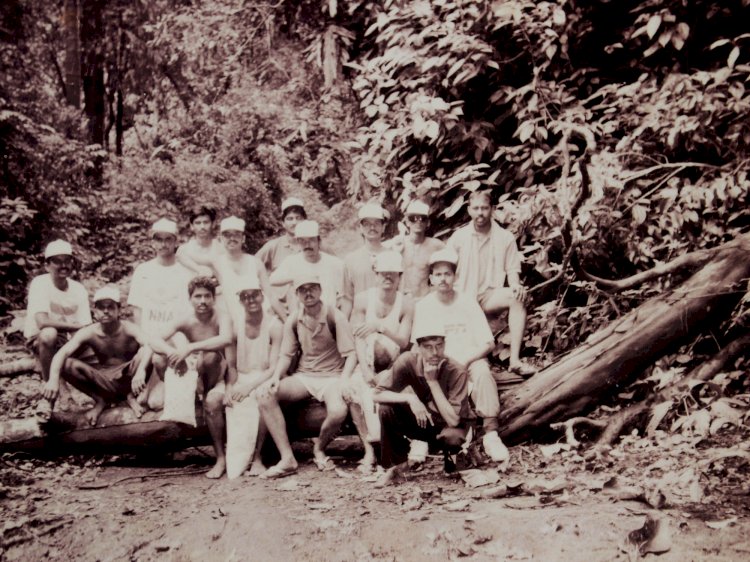 On the Trekking Trail Yana 1997. Author is in the middle L - R  Sitting Position 4

This beautiful place Yana is located in Kumta taluk of Uttara Kannada district, about 460 km from Bangalore. From Kumta passing through Sirsi for about 17 km, is a place called Anegundhi. From here one has to go another 17 km via Sandhalli, to a place from where one can no longer go by any vehicle. There is no choice here except to walk on the winding and muddy roads for another 3 km. However, the long line of tall trees on both sides of the road makes it seem less strenuous and enjoyable. Continuing this way, one finally sights the magnificent and tall rocks of Yana, where each rock seems to compete with the others to touch the sky. 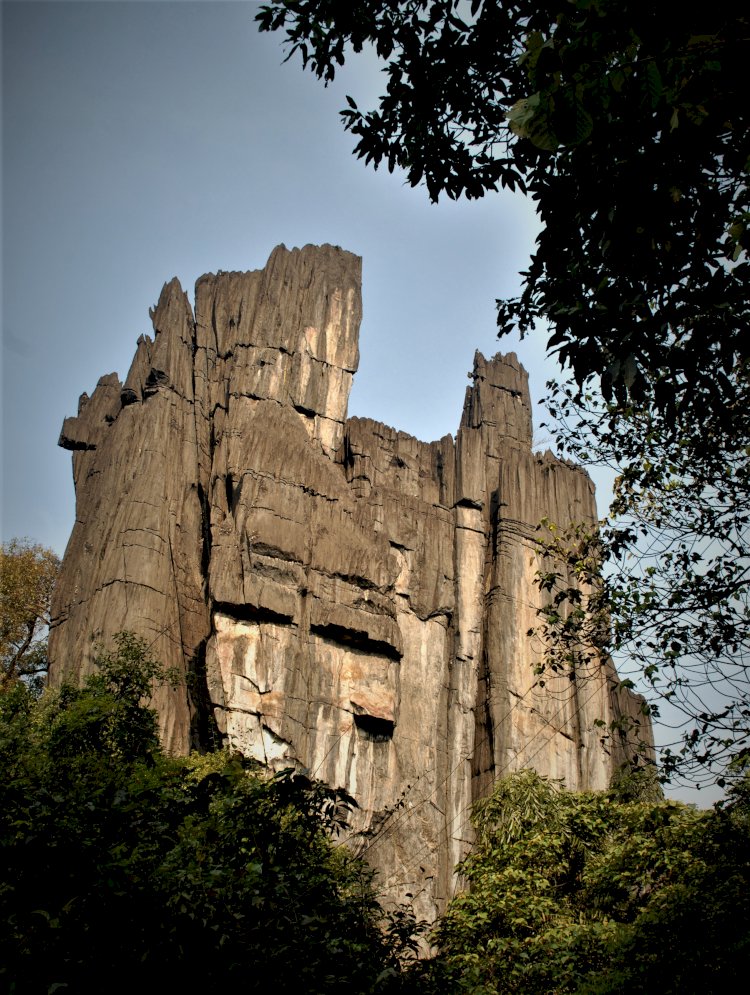 Numerous mythological stories legends abound in praise of the beauty of this blessed place called Yana. One of them goes like this way. The sons of the demon Hiranyakasha, that is Krishnaksha and Rakthaksha perform penance and obtain a boon from Lord Brahma to wreak vengeance on the killing fo Hiranyaksha by Lord Vishnu in his incarnation as the Boar or the Varaha. With this boon, the two demon sons seem almost invincible. Noting this and facilitating a way to for their elimination, Narada, the divine messenger describes them the beauty of Parvathi, the consort pf Lord Shiva. Without a thought, the two sons head to Kailas and cast their lustful eyes on Parvathi. Parvathi, knowing this, gets enraged and assumes a ferocious-looking form of Kali with eight arms wielding the deadly weapon trishoola. In this form, she slays one of the two demons Raktaksha. Lord Shiva Kills Raktaksha assuming the form of Lord Bhairaveshwara.

At the request of the King Sahya of the region.Parvathi and Lord Shiva style there as Kalika Bhairava. Yana is this place where the divine couple have settled.

After this, the prime rock in the group of rocks at Yana has been named as the Bhairaveshwara Peak. In addition to this, there are about 61 other big and small peaks named Ganga, Chandika, Mohini, Brahma, Vishnu, Nandi etc. The area around Yana is full of black soil, and the local people ascribe this black color of the mud to yet another mythological story.

The three arrogant children Tarakakasha, Vidyunmali, and Kamalaksha of the demon Tarakasura turn out to be invincible and troublesome to the gods. The gods seek the help of Lord Shiva to put an end to their difficulties. Lords Shiva waits for their 3 cities to align into a single line when he shoots an arrow to destroy the three demon abodes,, their subjects and the three demons themselves. However, one of the demons escapes this and sets fire to the abode of Shiva. It is said that one of the splinters of the burning Kailasa fell on the Mount Sahya. it is the resulting burning out of this that has lent the black color to the soil around this area.

Whatever the legends, the fact i that the peaks of Yana stand majestic. They challenge a man with an inviting posture. On the way, even before reaching Yana, one beholds the hide and seek played by the rocks of Yana with the tall trees waving in front of them. After crossing the innumerable hamlets, the first and the promising peak one sights is the Mammoth and splendid looking Mohini Shikara peak. The Trishoola form to this peak seems to capture the people's attention much like love at first sight. It is 90 meters tall. This appears in different forms from different angles. From the southeast , it appears like a flat rock, just placed out there. From the east, it appears like a set of rocks cut with a saw and neatly piled one over the other.

Crossing the Mohini Peak an uphill path leads to another hill wherein is the 120-meter high peak, commonly known as Bhairaveshwara Shikara - peak. A pair of eyes is just not sufficient to feast on the beauty of this peak. There is an opening into the caves at the bottom of the Bhairaveshwara peak. Going about 300 meters into the cave, one can sight the temple dedicated to Lord Bhairaveshwara. Here one can see the beautiful idols of Lord Shiva and Goddess Kalika. 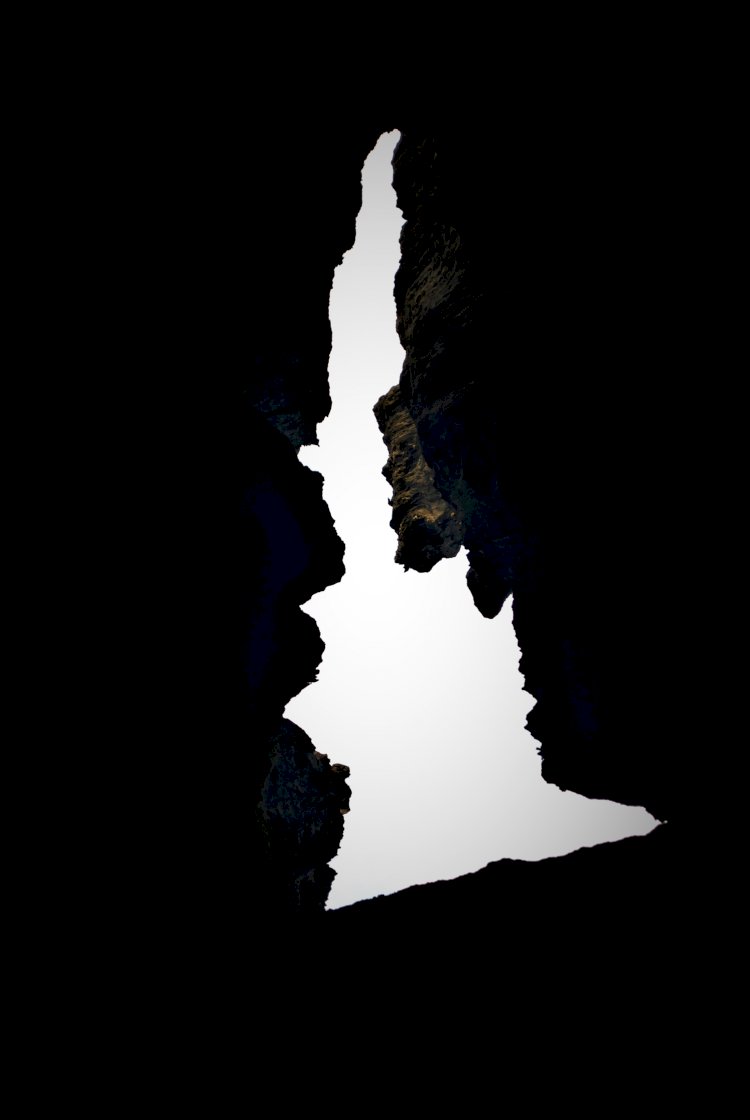 An idol of  Lord Bhairaveshwara is found on the wall in the sanctum. It is popularly believed that this idol is born on its own. From the head of this idol flows a perennial spring, whose water is exquisitely sweet and an instant quencher of thirst to the already challenged visitors. Inside the cave is a narrow way that appears to be bored out of the rock.

There is another cave at the back in which the idols of Chandika and Durga are found. The pitch dark surroundings within the cave is lit by sunlight pressing through the crevices within the rocks.It is tingling sight to the eye and a curious thing to the mind as to how nature dispels darkness inside the pitch dark cave. In addition, even a little whisper is heard aloud due to the echo inside the Cave.

During the Mahashivaratri festival, a special shandy takes place here which draws crowds from the villages nearby. Leaving aside the myths and stories about the origin of these mysterious stocks, geologically these rocks seem to have been formed about 3000 million years ago.

The black hue of the rocks is due to Iron, Manganese, and silica present in them. These peaks, which appear like gigantic castings of dark manganese ally, and seem to stand out in defiance of sun, wind, and rain, are truly nature's work of art.

There is no doubt that a tour to Yana is extremely satisfying to be it for a pilgrimage of for trekking or for Nature lovers. There are no two opinions that Yana is a wonderful place in the coastal district of Karnataka. After Yana was featured in a motion picture, the rush to this place only increased and got commercialized.

There are already signs of Yana losing its splendor, thanks to the evil designs of man and his lack of concern for preservation. The place si littered with plastic and other forms of garbage, and the rocks bear inscriptions that is a testimonial to gross vandalism of nature and its art.

One is compelled to walk out of Yana with the feeling that the challenge to reach  Yana must have been a little more difficult. Thus helping to preserve the pristine purity of Yana and its mysterious peaks.

The bus to Sirsi about 40 km away, on our way back through the serpentine road, took about an hour and before we knew it, we were already on our way to Bangalore. If this essay has inspired you to make Yana your next holiday destination, please remember to be an eco-friendly tourist and follow the maxim. Leave only footsteps and take back only memories!