“In the hundred ages of gods, I could not tell thee the glories of Himalayas “ it says in the Skandapurana

.It is to revel in their grandeur that the maounatins beckon me again and again.Restlessness begins to envelop my being if I donot glimpse them for a while.And so I return to tread the trailseach year.
This year it’s Roopkund. The mystery lake which lies in the cradle of Mount Trishul at an altitude of 5029m in the Chamaoli district ofGharwal region of Uttaranchal.Known to be scenic and quite accessible, it is nontheless a daunting trek!.It is however worth every step taken, for the reward lies not just in sighting the lake, but the journey to its as well.it is the month of September we are told it’s not quite the month to attempt walking in the Himalayas.We are warned of inclement weather, the biting cold  and shoeter day light hours that would demand a faster pace so as to reach each destination well before dusk.But we are ready to take on all the nays and pack our bags.
It is the pale sun that greets us as we get off the train at haridwar station the gateway to the hills of Gharwal.Passing through Devprayag ( The confluence of Alakananda and Bhagirathi rivers ) , Rudraprayag ( the confluence of Alkananda and mandakini rivers ) ,         Karnaprayag ( The confluence of Alakananda and Pindari ) winding our way through serpentine mountain roads parallel to the swift flowing pindari river our sumo leaves us at a small hamlet of Lohajhung after two days of  of arduous journey.
We decide to spend the night at Lohajhung and begin the trek next day morning, ready for whatever, the day would offer.It is monsoon, and everything around seems prettier.The alpine meadows have been covered with a blanket of variety of flowers, creating a riot of colours, Cumulus, Nimbus, Stratus ..clouds form a cover just a few feet above the ground.After a duration of 5 hours we reach the first campsite Didana which is at ana latitude of 8,000ft.We pitch our tents and spend the night overlooking the mountains.
Next day We walk with heavy steps as we cross over from Ali Bugyal ( Alpine Meadow ) to Bedni Bugyal.After a couple of minutes I find myself in a better mood as the walk becomes easier with gentle gradients and a clear path.I catch a quick glimpse of snow clad Mrigthuni peak, Nandagunti and Trishul peak rising above the meadows.

I see  a gujjar grazing his flock of sheep in the meadows where every blade of grass is green. Then I walk to the front of the pack,throw down my heavy sack right in the middle of the meadow and decide to call it a day.The sun is making furious attempts to come out of clouds and sky is brick red with distant Nandaagunti and Trishul reflected in Bedni kund. I am dumbfounded at the unusual sight,  the magic  ends  in few minutes

We pich our tents and set up a temporary kitchen in the green patch while the porters prepare soup and a decent meal.The clearness of air helps to see the starry night sky and we are soon asleep.The next morning , we packup the tents and are off by 6:00 am.The First rays of sun illuminate majestic Mount Trishul (23,360 ft ) , Nanda Gunti  ( 20,699 ft ) ,peaks in all its radiant beauty ,We are greeted by Panoramic views of Mt Neelkanth ( 21,641 ft ) , Chaukanba Masiff , Mandani 20,319 ft in a distance.

The windy weather doesnot make the tough climb easkier.Trudging up slowly we reach a place called Baguabasa (14,000ft ) in the vening after passing through places called Ghodalutani, Patharnachuni and Temple at kalyuvinayak (14,200ft ) ( A stop over where puja is performed to lord Ganesh by every trekker for good fortune ).There is no habitation for miles around.We realised that there could be nobetterplace which could offer peace and tranquility than where we were.
Bagua basa is a place full of rocksbounded by towering peaks on all the sides.We crane our necks to the limitto get a glimpse of snowclad peaks.We slip into sleeping bags after dinner and every one is fast asleep.The next day  we leave the camp before the sunrise with the intension of reaching Roopkund well before the weather could play a amajor spoilsport.
first rays of sunlight illuminate the majestic Mount Trishul ( 23,360ft ), Nandagunti ( 20,699 ft) peaks in all itsradiant beauty.As the we cross towards Roopkund, about a kilometre, several more peaks are visible with each step scattred in a semi circle.We stop now and then feasting on the sigh of the various glorious peaks. The weather holds, but the trek is trek is treacherous as in places moss growing over the stones  makes the it slippery.There are few more surprises in store for us in this rugged and inhospitable region like sight of the Bhrahmakamal, Delphiniums, Erigerons, Bharals and strange looking flower called Fen kamal.

After a strenuous climb of 5 hours, we reach Ropkund, a vast lake shimmering in the sunlight, decked in fresh knee deep snow. Avast U shaped  valley totally covered with the huge rocks and snow lies before us.Hidden in the lap of Trishul peak under a ridge that runs before the southern face at an altitude of 5039m is a shallow glcial lake called Roopkund.

It was discovered in 1942 when a forest guard came across a heap of corpses well preserved in the glacial tarn which lies frozen for most of the year.Those were World War II days and it was thought that the Japanese had probably forayed into the hilly region through the Himalayan passes.However a small contingent of forces sent secretly by RV verneed revealed that the corpses were not recent but very old.British explorers feel  that it goes back to an expeditionary force, probably of the Dogra general Zorawar Singh who perished in a vain attempt to conquer Tibet in 1841.
Explorations carried out later by individual adventurers revealed firther interesting facts and details.The entire expanse is referred to as Munisiddini Kshetra in the Skanda Purana.Human and equine skeletal remains are found littered all over the region, said to be dated to around 14 th century AD. Inspite of their innumerable theories attempting to explain the presence of corpses, skeletal remains,slippers,banglesdiscoved from the morainic deposits all around the region, in a deserted place like this whichis neither easy to reach nor pleasant to stay in the mystery of the lake to large extent still remains unresolved!
We offer prayers to the goddess Nanda Devi and decide to call it a day.The valley is covered with mist and visibility becomes zero.Instead of retracing our route we are been told to walk uphill to cross Junargali col 16,500 ft and reach Shilasamudra Glacier snout before the darkness sets in.After  two days of trek through villages we reach Ghat and then Nanda Prayag finally. 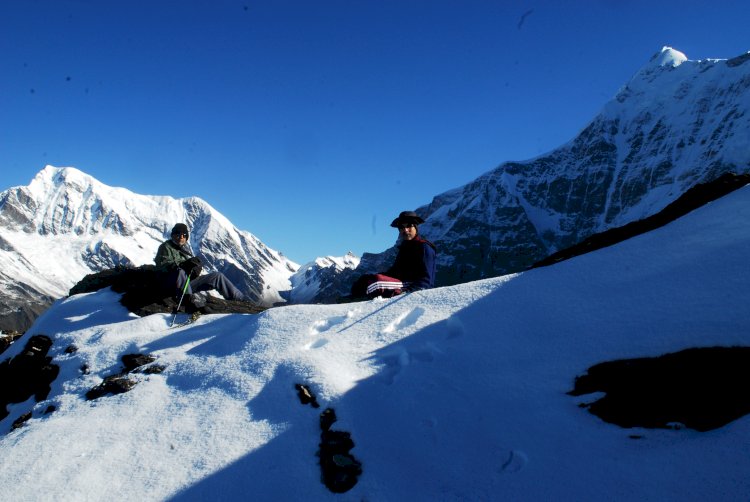 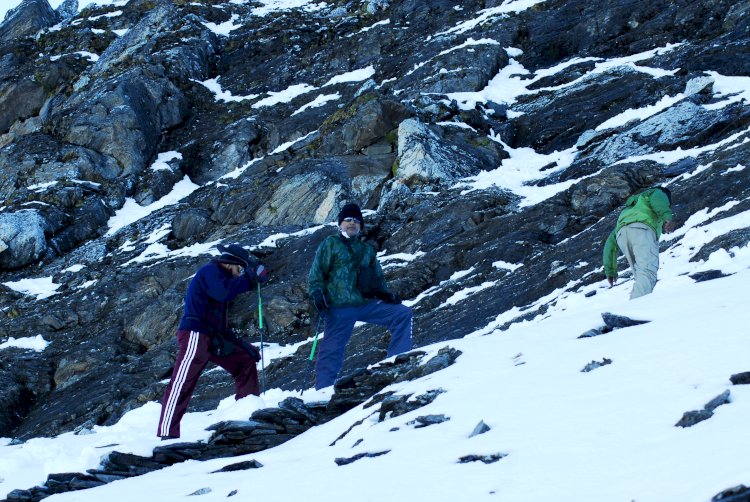 Though the lake is and of no significance as a  waterbody, the mystery has surely lent its charm to the spot. The sights and experiences shall forever be etched in our memories.

Chikmagalur is blessed with scenic spots on the banks of Bhadra river . Kudure Abbi...

A place to stay during travel is always a necessity and priority. If destination...