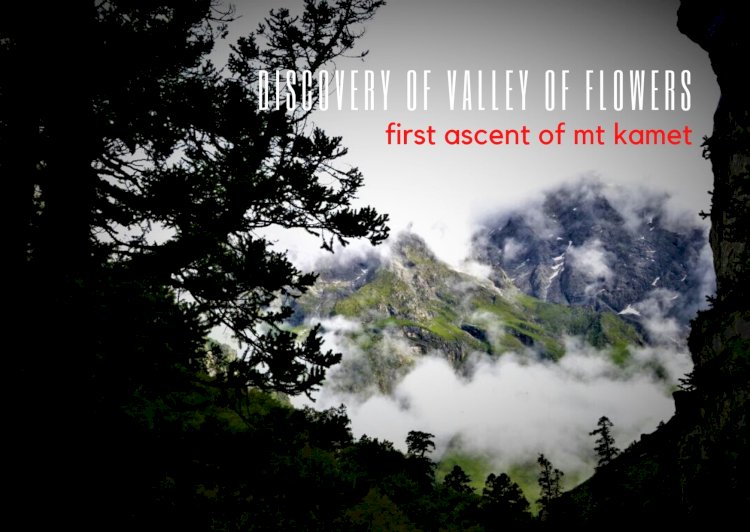 During the early years of mountaineering in Himalaya, Tibet and Nepal had closed its border for foreigners, meaning some of the best opportunities were shut for a period of time. While Tibet and Nepal were off-limits, what remained open for climbers were Karakorum, Kumaon-Garhwal, and Sikkim. The Karakorams are still in modern times pretty much remote, mountains in Sikkim had religious beliefs attached to them, so a large portion of early Himalayan mountaineering expeditions happened in Garhwal and Kumaon Himalaya.

Kamet at an altitude of 7,756 meters, is the second-highest mountain peak in the Chamoli district of Garhwal region in Uttarakhand, after Nanda Devi. In the early days of Himalayan mountaineering expeditions, Due to remote location near Tibetan plateau, approach to Kamet was long and tedious through deep forest and mountains, on top of that it received a great deal of wind from the Tibetan plateau making it harder for climbers. 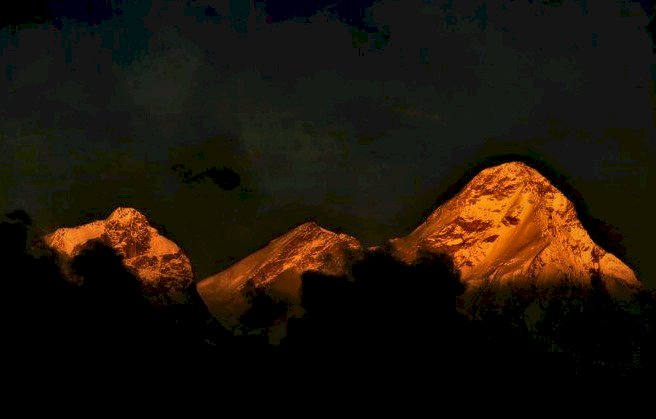 In 1848, Richard Strachey determined the height and location of Mt Kamet. To make better surveys of the region, a team by german explorers were sent to Tibet in disguise, the party was caught and sent back into territory, while coming back they attempted to climb Abi Gamin, believing it to be Kamet. They claimed to reach a height of 6,785 m (22,260 ft), which was extraordinary for that time. This attempt and confusion between Abi Gamin and Kamet caused greatly hampered upcoming expeditions to this region.

It was during the descent of this expedition that the climbing party “lost'' their way back and reached upper Bhyunder valley, known as Pushpawati valley, while this party was the first one to reach higher reaches of the valley. The first mentions of the valley of flowers was by Col. Edmund Smyth, during his expiration of Garhwal in1862. One can find the reminiscences of this encounter in “Kamet Conquered” by Frank Smythe. Greatly impressed by the botanical diversity of the valley, Frank Smythe returned to the Pushwapati valley in 1936, explored the valley extensively and wrote a book named, “Valley of Flowers”.

‘To us the Bhyundar Valley will always remain the Valley of Flowers. It is a place of escape for those wearied of modern civilization.... the lover of beauty and solitude could find peace in the Valley of Flowers. He would discover joy and laughter in the meadows; the stars would be his nightly canopy; he would watch the slow passing of the clouds; he would share the sunset and dawn with God.’

An excerpt from “Valley of Flowers” by Frank Smythe, this one paragraph pretty much sums up how impressed Frank Smythe was with the Valley of flowers and I believe it is not just Frank who is impressed. It has attracted not only climbers, mountaineers but Botanists and naturalists as well. The valley, declared a world heritage site in 2005, is believed to have a total of 520 plant species out of which 498 are flowering plants, the reason for its popularity among botanists.

The valley is frequented by devotees of Sikhism due to its proximity to Hemkund Sahib. Development of transportation and motorable road all the way till Ghangaria means Valley of Flowers is one of the most famous treks in not only Uttarakhand but India. The distance between Ghangria and the Valley of Flowers is about 4 km.