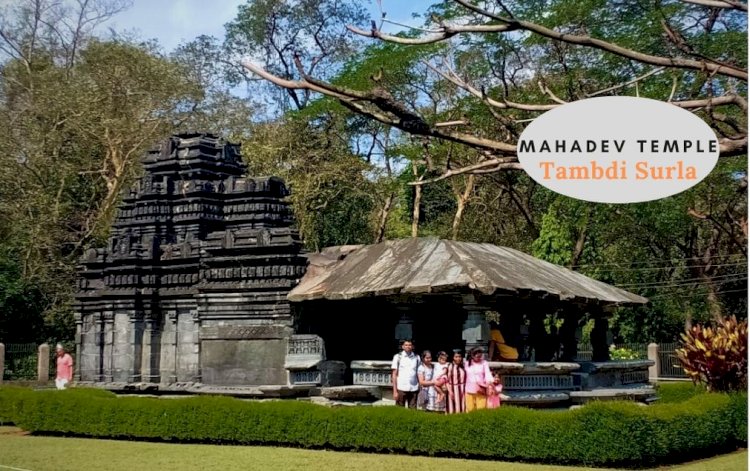 Our holiday in south goa was in the verge of completion.The scorching heat was intolerable and we were not in a mood to visit beaches anymore, we unanimously decided  to visit a place which is something interesting and set  in cool green environs.After a bit of  exploring we decided to head to a place called Tambdi Surla from Varca in south Goa.

Sandwitched between the Goa and Karnataka borders, tambdi surla temple, being proximity to border initially raised a cosensus about the entry and permit issues,Finally headed towards the destination. After passing through Bondla WLS , we reached the place after 2 hours of journey by road.

Situated amongst the sprawling hills amidst Bhagwan Mahaveer National Park  embracing  the Western Ghats  is the temple dedicated to Shiva known as Mahadev Temple. Quite flows surla river here and crossing the bridge we reached the temple complex. 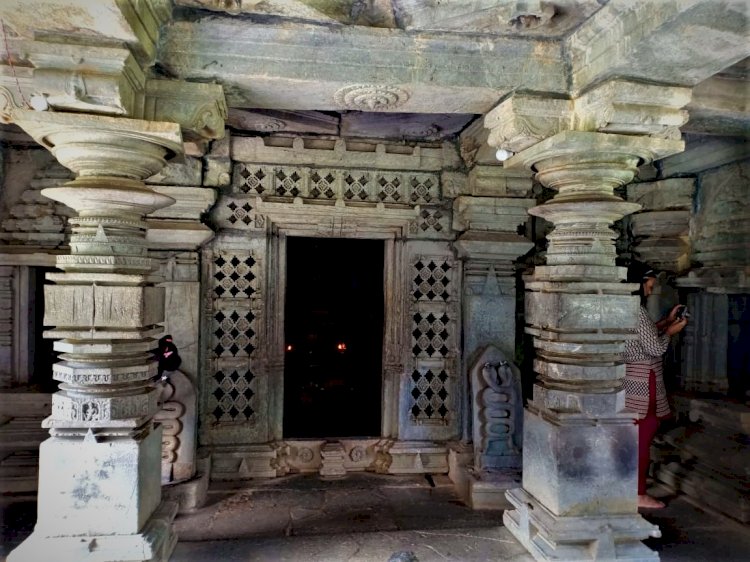 The Shaivite temple itself is built in Jain style during the 12 th century. The temple was built by Hemadri, the minister of the Yadava King Ramachandra.It is built in the Hemadpanthi style from basalt. There are some interesting details about the construction itself which has led to debates about the actual origins of the temple. The temple is built in a place which is quite inaccessible and away from the main settlements of the time. The size of the temple is quite small as compared to the size of the average Goan temple. And finally the top part of the temple has never been completed.

The small, beautifully carved and perfectly proportioned black basalt temple is dedicated to Lord Shiva and is reminiscent of the temples at Aihole in neighbouring Karnataka. The temple has survived Muslim invasions and Portuguese persecution, in its almost perfect condition mainly due to its remote location in a clearing deep in the forest at the foot of the Western Ghats which surround the site in a sheer wall of impenetrable vegetation.It is said to be the oldest temples in Goa.

The temple is located at the foot of the Anmod Ghat, which connects Goa to the state of Karnataka. It is considered to be the only specimen of Kadamba-Yadava architecture in basalt stone preserved and available in Goa.

The Kadamba dynasty ruled Goa between the tenth and fourteenth centuries and built the temple from the finest weather-resistant grey-black basalt, carried across the mountains from the Deccan plateau and lavishly carved in situ by accomplished craftsmen.

The intricate carvings created by these craftsmen adorn the interior and the sides of the building. The temple faces east so that the rays of the rising sun fall on the deity at the crack of dawn. There is a small mandap (pillared hall) and the inner sanctum is surmounted by a three-tired tower which is incomplete or which has been dismantled sometime in the distant past.

Bas-relief figures of Lord Shiva, Lord Vishnu and Lord Brahma, with their respective consorts appear on panels at the sides of the temple. Surprisingly the mandap is covered with a roof of plain grey slope 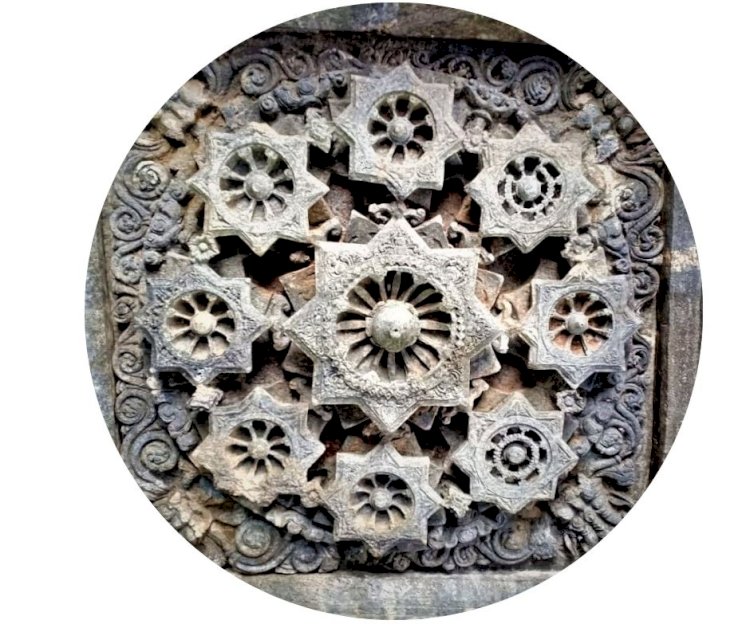 Artistic Work in the Ceiling

The river Surla flows nearby and can be reached via a flight of stone steps. There is a headless Nandi (bull, Shiva’s vehicle) in the centre of the mandap, surrounded by four matching columns. The symbol of the Kadamba kingdom, an elephant trampling a horse is carved on the base of one of the columns. 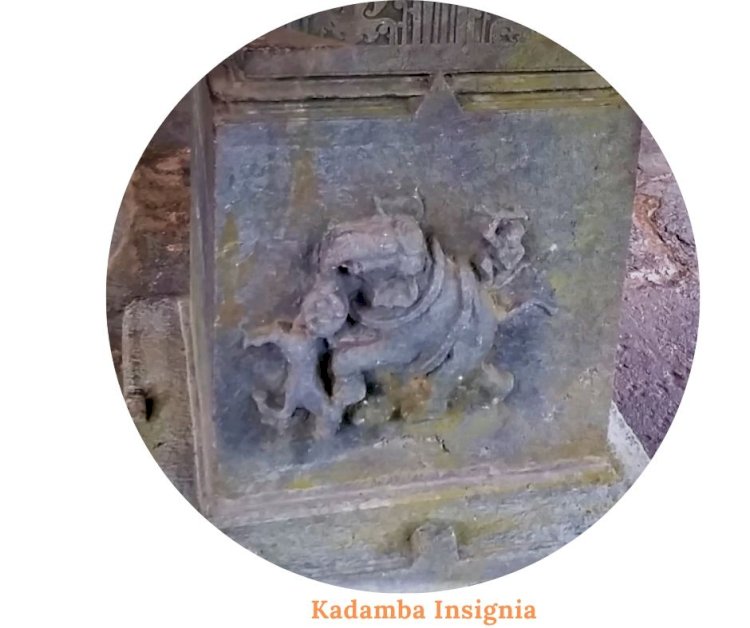 The either side of the entrance to Sanctum is a doorway with artistic carvings. The temple faces east so that the first rays of the rising sun shine on the deity. There is a small mandap and the inner sanctum is surmounted by a three-tired tower whose top is incomplete or has been dismantled sometime in the distant past.There is a Linga (symbol of Lord Shiva) mounted on a pedestal inside the inner sanctum and  daily puja is rituals is done by a local priest. As per local legend , cobra  resides in the dimly lit light in the sanctum.There is a shrine with a idol of Lord Ganesh within the main shrine too.

We heard about a  picturesque waterfalls inside the santuary which could be reached after  trekking 90 minutes inside the dense Jungle,where water cascades from from a height of 150 feet .We were not prepared and as it was summer, with less water and we were not in a mood to go on a hike.However the picturesque place and waterfalls is a blessing in disguise still not so popular, as it is  over shadowed by the Dudhsagar waterfalls and beaches of Goa.

The festival of Mahashivratri is celebrated with all pomp and gaiety at the temple by the local people residing in surrounding villages.

The temple and premises is well maintained by ASI with beautiful lawn and a sprawling garden with path ways.Temple generally is not crowded, and only few tourists come here. The ambience will be soothing and certainly  you will love the sound of the stream and orchestra  of chirping of birds.The location is so divine that  the serenity of place takes you back in the time and  sure you feel  Gods dwell here. Away from the hustle and bustle of busy city life, this place definitely needs your attention if you want some peace of mind.

Those who visit Goa should include Tambdi Surla in their itinerary and sure they will be moved by its architecture .