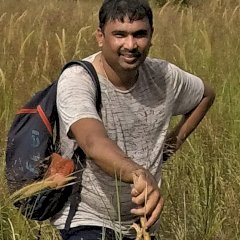 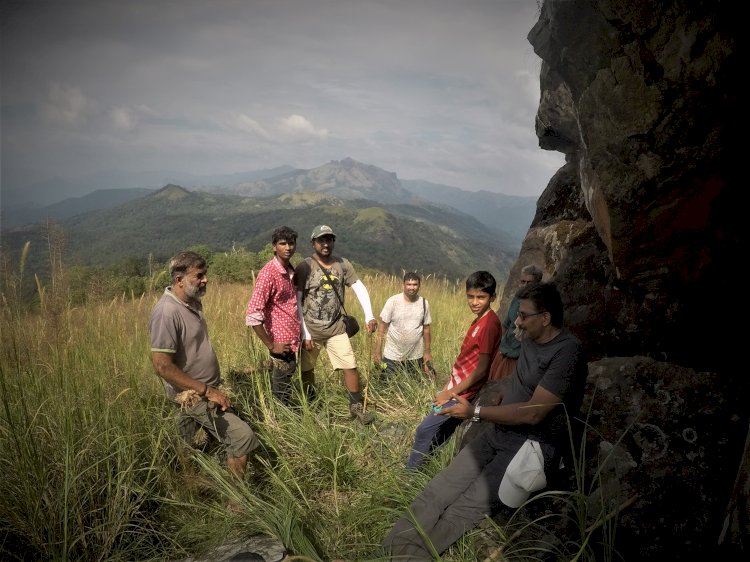 First of all, it was a pleasant surprise to find Summiters  close proximity of my home. Mr. Vishwanath was courteous enough to visit my house to appraise the activities and also professionally explained the nitty-gritties of various events after which we readily agreed to take up the western ghats trek ( ShinganiGudda  & Kadamagundi Waterfalls ) .We equipped ourselves with the basic necessities for the event like hike footwear, clothing and accessories as advised  from decathlon anubhava as it was our first trek.

Next day we were ready by 9:30pm to start the 320km journey from Bengaluru. The vehicle arrived on-dot.

The group of 8 including the team leader rested thru the journey and reached the base station Shishila, 15kms away from Ujire – a lovely homestay  amidst a picturesque areca/coconut plantation owned by the Vyas couple – at 5am. Cordially received by the owners with a cup of Kashaya (a local herbal drink) and we continued to rest our back till 7am. Freshened ourselves and were served with sumptuous breakfast of hot idlies along with sambhar and chutney. Packed our gear for the enduring 8km uphill trek and left the place by 8:30am.

Summiters had arranged for 2 local guides to accompany us on this trek and we waded thru initially water streams and walk paths. The entire stretch was strewn with leeches and each one of us got our ample share too.

Two hours from our start, we encountered steep ascent into the hill and the way forward was strewn with thorny bushes, creepers and thick overgrowth, reminiscent of the evergreen forests of the western ghats. Our guide tactfully led us thru the way accurately to reach our destination – The Peak.

We encountered numerous species of flora & fauna, particularly birds, reptiles and some special varieties of trees and Vishwanath did explain each and every one of them with speckles accuracy.I felt the difference going with expereinced leader. At one point  he recognised one of the viper coiled and resting on the leaf , literally blocking our path. He recognised and mentioned it as Hump Nosed Pit Viper which is highly venomous and Pointed it for us.

It was highly difficult to identify it as it was camouflaged, he removed it  from our path. It was my frst ecpereince of seeing snakes in winderness. The views from the peak was magnificient, we could see Amedhikal and Ethinabhuja peaks.  in the distance .The jet black rocks, on the summit was surrounded by grass about 6 feet high. After about 4hrs from the start we finally reached the peak and were filled with a feeling of accomplishment.

We rested at the summit for ½hr while relishing the panoramic beauty of the sight ahead of us and had some refreshments and liquids to refill our spirits for the decent. Half way down and adjoining a small waterfall, we were served lunch (curd-rice with lots of vegetables) which was really a refreshing treat. We were also instructed to keep a slow pace during downhill and the climb down was almost vertical and without the technical know-how of Vishwanath any one of us could have easily sprained or torn a ligament in our ankles. or lost our way

We reached our camp at 5:30pm and the caretakers had kept hot water ready for a refreshing bath. We were served tea along with hot bajjis and spent the evening recollecting the memories from the earlier day.

Traditional vegetarian dinner was served at 8pm and we hit bed for a slumber. Wake up call the next morning was with the chirping of birds. We got fresh and visited a nearby Shishileshwara temple where the attraction is to feed the fish in the flowing stream.

On our return from the temple we were served delicious hot neerdosas along with potato curry and chutney. The hospitality of Dakshina Kannada folk is beyond words !. Soon afterwards we packed for our onward journey to the next event at a distance of about 35kms.

On reaching a small village called Didupe, we were warmly welcomed by our hosts with a hot cup of Pepper Kashaya.- A  herbal drink locally consumed.

This family is engaged in the unique activity of preserving and promoting the crop of about 130+ rice varieties. We were thrilled to know that so many varieties of rice existed. They share the requested variety of paddy seeds to prospective farmers on request and have promoted cultivation of unique varieties of rice for the last 2 decades.

We departed to the nearby Kadamagundi waterfall, also known as Aanadka Abbi which is about 3-4kms from here. Left the vehicle at a safe place and started a short trek, crossed few streams and trekked up to the fall. Reached the base of the waterfall and enjoyed the pristine waters for about an hour. Water cascading from a height of 80 feet was alluring. We took a shower under the pristine cold water. 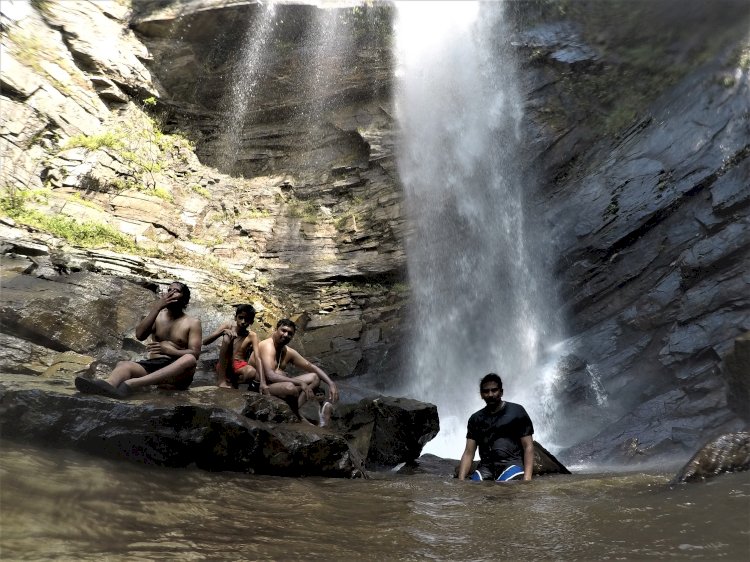 Returned to the base camp and were served a delicious lunch. Rested for about an hour and started our journey back to Bengaluru by 4pm with an enroute stoppage at Mayura restaurant at Bellur cross for an evening snacks. Reached home at 11pm. Overall the whole trip was very professionally managed and the best part was that all the activities was orchestrated like a song. I was skeptical to start with as I had my 13 year old son along and it was my first encounter with Summiters, but I can now declare happily that we are eagerly looking forward for our next event with them.