Exploring unexplored and unheard waterfalls in the western Ghats of Karnataka is truly challenging yet rewarding. Truly off-beat path and carving own path to approach the falls is what makes a memorable moment forever. Kona waterfalls is one of the such pristine waterfalls hidden and unknown to outside world. The stream gushes down in multiple stages with an estimated height of 400 feet overall. What it takes to reach and admire this stunning waterfall is the mindset of trekking in a dense forest. Rest assured, you will fall in love with this beauty….! 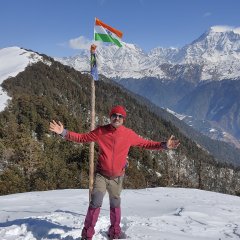 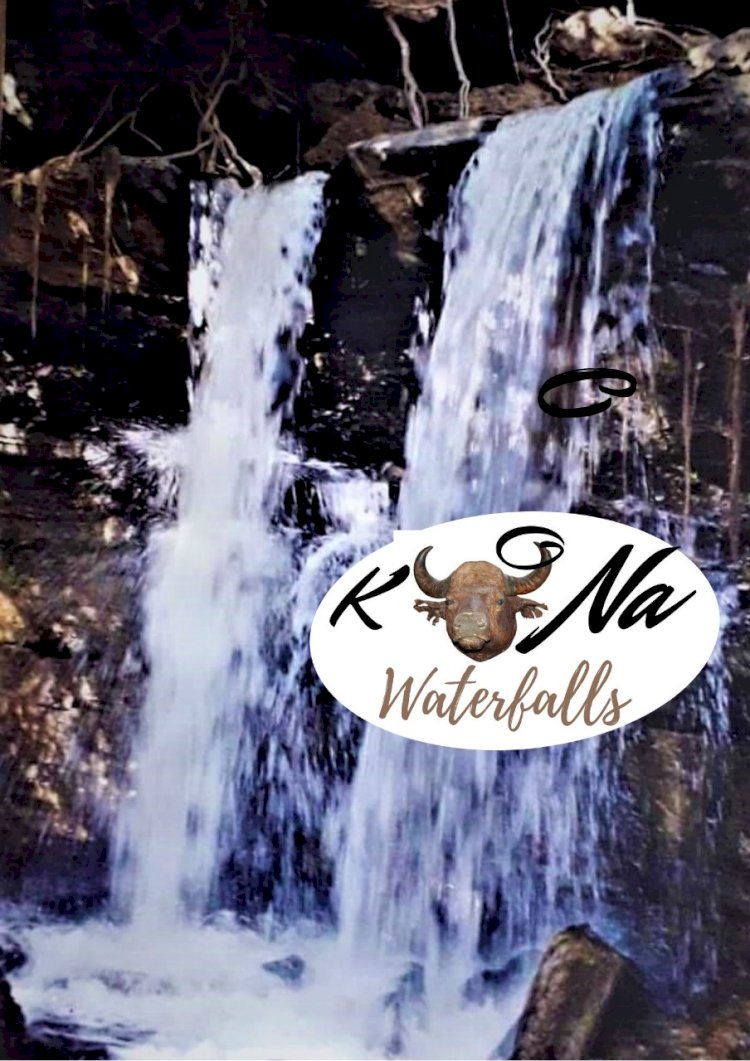 View of the first stage of KoNa Waterfalls

Why Named as KONA ?  During peak monsoon season, the waterfall will be in terrific form and plunges down to valley making a loud voice resembling the voice of screaming Kona (Kona in Kannada means buffalo). Hence named as Kona falls by the locals. But remember, during monsoon, it’s not advisable to trek to this fall.

How did we come across this fall ? Most of the time, we all come across the unknown falls during informal chat with the localities. We met Inaasa, a local fisherman, during our enroute to Dabbesala in Western Ghats. When we were chatting with him and enquiring about some waterfalls in the Western Ghats, he mentioned this fall.  I still reckon what he said, in his local slang, without break, “You know Kona falls? Very good falls, but only few locals know; We used to go there for fishing; It’s like water straightaway falling on your head if you lay down at the bottom of the falls and look upwards; Very good place for shooting; This is the waterfall you should visit”

Yes, western Ghats of Karnataka embraces with many beautiful and still unexplored waterfalls. Inaasa inspired us to trek this fall.

Our Experience - In the month of December, with two of my friends, we started our journey and stopped near by the village, in the Western Ghats of Karnataka, as per the hints given by Inaasa. I straightaway went and enquired in a small shop about this fall. ‘We don’t know any such falls, who said there is a waterfall’, I still reckon this straight answer from a local guy. ‘I haven’t heard any such waterfall’ an old man murmured supporting the other guy. This disappointed us to the core. Meanwhile, another old man, who was standing near-by and hearing the conversation, came to our help saying ‘I heard this fall although I haven’t been there. But heard very difficult to go there. You need to descend valley. Its around 8 KMs from here. See if you can request and take R.N Desai’s jeep and try’. All a sudden we had a hope. This is the point we met R. N Desai who is a localite. Although he was unheard about this fall but assured to help us out.

Desai took us to his house which is in a remote place surrounded by forest on one side and areca nut plot on other side. We relaxed some time roaming around the surrounding place. He started enquiring people and workers about this fall. He even too surprised and repeatedly asked us ‘You have came from such a long distance to see this fall. I born and brought up here, and never heard this fall'. At last we found Laaskyari, another fisherman in the vicinity and who confirmed that the waterfall exists and offered to guide us to the falls. As it was too late to venture, we decided to spend the night in his house and to trek next day.

Next day morning, along with Laaskyari, Desai and Kiran (Desai’s son) we started our journey towards this fall in Desai’s jeep. The route goes alongside the valley in a mud track in a remote vicinity. There were some stretches challenging Desai’s driving skill wherein he needs to negotiate the curves. It was a full of bumpy uneven teared mud road and all of us were wombling here and there but enjoying the beautiful valley alongside.

At one curve all a sudden Desai applied a hard break as he found a large tree felt on the track and obstructing to go further. Since it’s a big tree, we couldn’t lift or move even a part of it unless the forest department’s help to clear it out. The only option left was to park the jeep there and rest of the way is to trek under Laaskyari’ s guidance. He led the way and used short cut to ascend the valley and we were simply followed all along for 2 KMs. After we reached the peak of the valley, we were able to glance the falls plunging down in the adjacent valley. So now we were all set to trek to the nearest foothill. Further 30 minutes of rambling, finally we reached a tiny village which has 3-4 houses.

From this point we started descending the valley further and Laaskyari leading from the front carving a path by clearing the shrubs and obstructing plants. We finally reached the first stage of the falls. Stream gushes down with a height of 20-25 feet, offering nice spot to shower with the sprinkling water and relax. After spending some time, we further descended the valley alongside of the stream. In the second stage the stream dives down from a height of 80 feet. However, we can’t see the full view of this stage as it's dangerous to go near and traverse near the stream. After carefully descending further we have reached the 3rd stage of the falls. The stream dives from a height of 60 feet. This stage is really stunning and resembles as if the clusters of white pearls pouring from the top. We enjoyed in the falls dipping inside stream and rejuvenating body and soul. From this stage, it’s risky to go further down to witness the next stage of the falls. Overall its estimated ~400 feet height including all stages. Laaskyari mentioned that to view all 4 stages in one go there is a different route and one should approach from the other side of the valley.

‘Really beautiful’ Desai uttered in Konkani before we started heading back from the falls. After crisscrossing couple of hours in the forest, in a short cut, we reached the point where we parked our jeep. It was almost 6PM and we headed back to Desai’s house.

We had spent another night in Desai’s house recalling our experience. Morning after having a breakfast, roaming around in the scenic forest around, we planned to head towards another unknown waterfall and this time Kiran agreed to  be our guide.

In pursuit of this falls many people helped us – Inaasa revealed the falls, Desai supported us and Laaskyari guided us. Without any one of their support, visiting this waterfall wouldn’t have been possible.  We are grateful to Desai and his family for their hospitality during our stay. 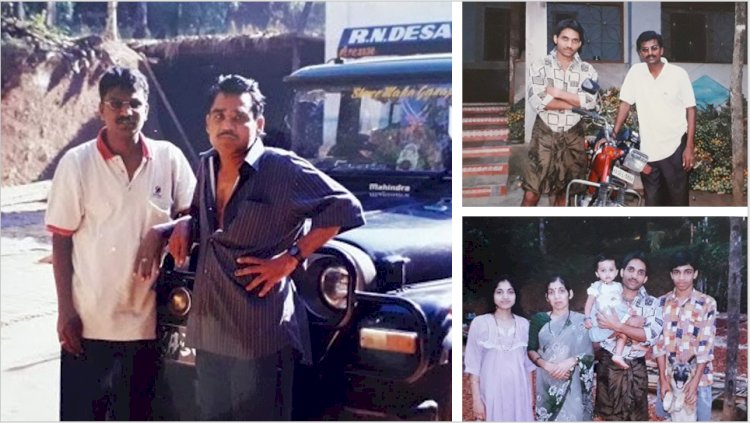 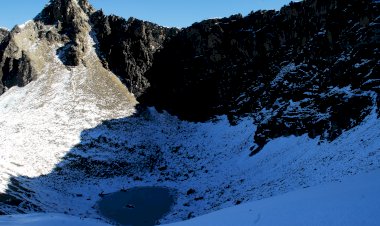 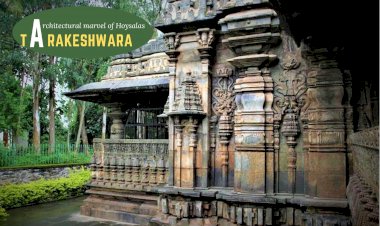 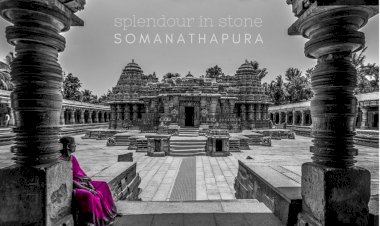 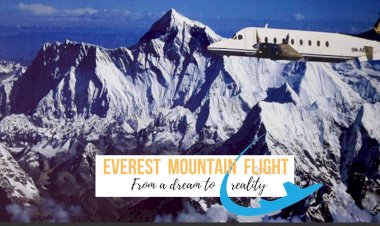 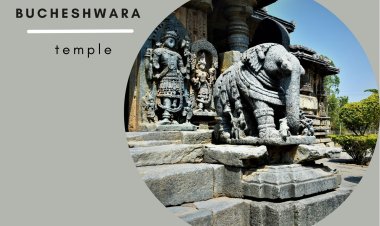