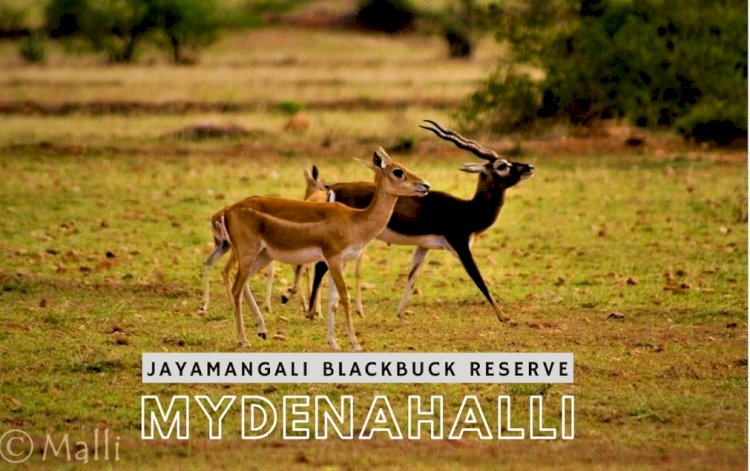 Male and Female Antelope at Reserve

The very mention of Tumkur brings to mind images of hillocks, pilgrimage places, forts and architectural marvels. But not many remember the Maidenahalli sanctuary which is home to an endangered species, the Black Buck. (antilope cervicapra.) Spread across an area of 800 acres, this forest reserve is situated at Maidenahalli, about 23 km from Madhugiri taluk renowned for its impregnable hill fort and has a considerably good number of blackbucks. It is said that the presence of blackbucks, locally known as Krishnamruga, came to the limelight when a wildlife enthusiast organisation in Tumkur chanced upon them. Soon after sighting this species, the organisation informed the Tumkur forest department to protect the animals in 1990.

The forest department took speedy action and appointed two watch guards and erected a watch tower for observation. The circular watch tower helps to spot the blackbucks grazing in the thickets. In February 2007, the sanctuary got named Jayamangali Blackbuck Conservation Reserve. Popularly known as Maidenahalli blackbuck reserve that comes from the name of the village where it is located. Blackbucks are very shy animals; they run away at the very sight of human beings. 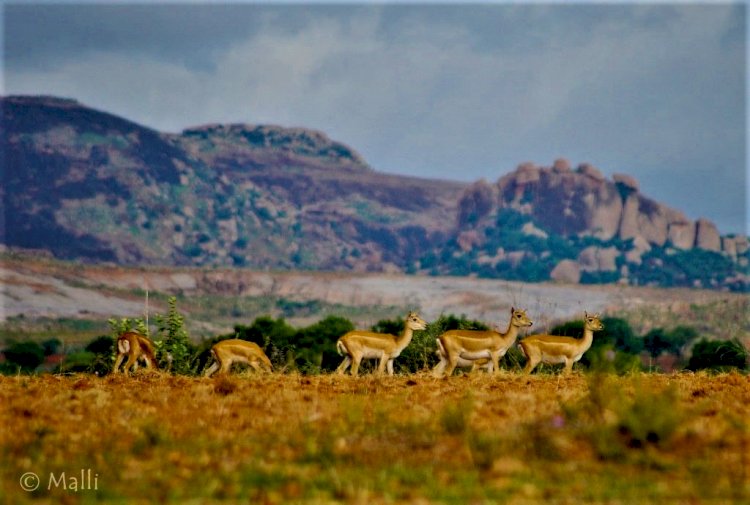 About 125 species of birds belonging to 37 families have been recorded in the area, of which 22 are migratory. As expected of grasslands, the area is rich in ground birds, shrikes, larks and raptors. The Indian courser (cursorius coromandelicus)
and painted sandgrouse (Pterocles indicus indicus) have been seen in this terrain. About 19 species of mammals belonging to 11 families, including the blackbuck, wolf, bonnet macaque, jungle cat, India gray mongoose, bats, rodents are present in the region

Apart from mammals, there are around 125 species of birds belonging to 37 families, of which 22 are migratory and 26 species of reptiles including 14 different species of snakes.

Almost 67 species of butterflies belonging to seven families have been sighted. It houses 80 species of plants, many of which have medicinal values. The greatest threat to these animals is poaching. However, no hunting or poaching of this graceful animal has been reported till now by locals or forest officials in the Maidenahalli region.

By road : Maidenahalli is 138 km from Bangalore via Tumkur and is about 23 km  from Madhugiri