There might not be a trekker who has never admired the majesty and magnificence of waterfalls in the western ghats of Karnataka. Onake Abbi, one such waterfall in the lap of Agumbe, with its serene beauty rejoice trekkers. The waters trickling down the hills not only freshen our mind and body and gets a clear answer to your question, ‘Have I earned it?’ with a very affirmative nod of 'yes'. 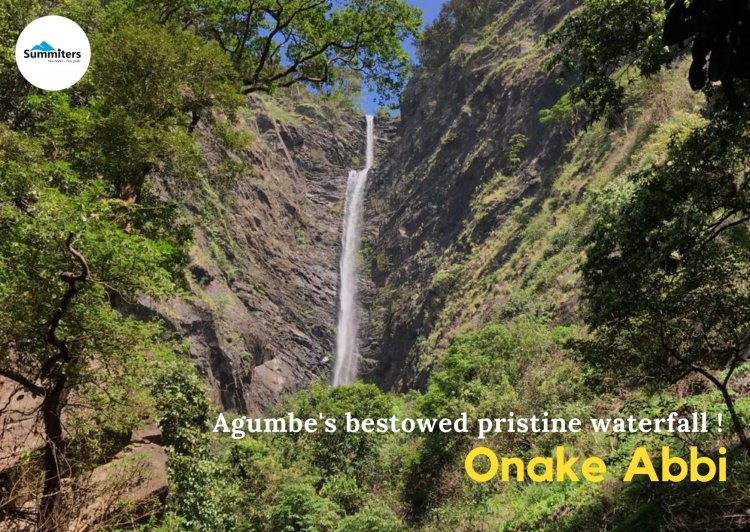 Onake abbi plunges to the valley in two phases in the lap of Someshwara wildlife sanctuary, Agumbe. The first phase is estimated ~ 100 feet from the hilltop and can’t venture to go there. The second phase is estimated around ~450 feet. A wide pond at the bottom of the falls offers trekkers to relax, cool off and swim. The surrounding nature makes feast to eyes and mind. Nature has formed two gigantic rocks formation to perfectly allow stream to plunge down in between. Birds fly around, honeybees have made their combs on the rocks and the greenery all around makes a perfect setting for the nature lovers to admire and seek solace.

In Local Kannada language 'Onake' means a long pole that is used to grind species. This waterfall derives it's name from the word 'Onake'. There is only one branch in the falls and it resembles 'onake'

The waterfall can be approached either from Agumbe or Someshwara. I wanted to trek from Someshwara side as this is the only way to get the complete view of Onake Abbi and to reach the bottom of the falls. Jason, Abhiraj and Ambuli were happy to accompany me to trek from Someshwara side. Initially I had no clue on how this beautiful waterfall is preserved within the lush green forests of Agumbe, the highest rain fall area in Karnataka. After having breakfast at Agumbe, we started driving towards Someshwara, a small village near Agumbe.

After reaching Someshwara, we enquired about the falls. In no time we found a local guide who agreed to take us to the falls who knew the terrain well. We had clear instructions from him to carry snacks and enough water bottles. The initial path of local terrain looked easy and wide without any hurdles. Things appeared smooth for about 2 KM. As we progressed the terrain became tougher with gradual ascend. The tiredness started to grip the feet. The path was covered with dry leaves.The humid Agumbe forests started drenching our clothing and made us dehydrated. 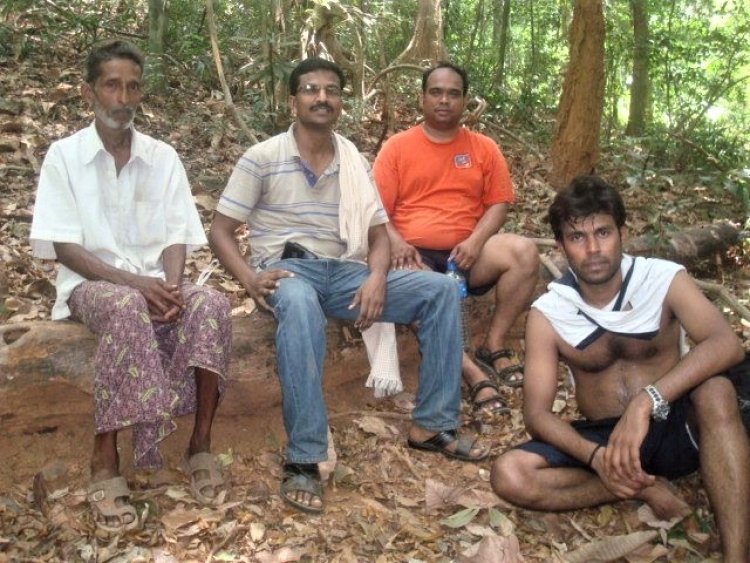 As we had progress, we started ascending slopes of ~30 - 60 degrees. Jason was struggling to negotiate the slopes. After an hour of trek, we reached a point where we heard flowing water. The enthusiasm to reach the ultimate point made the journey swifter despite the tiredness. Excitement on everyone’s face culminated to its peak when we could see the water to our left side view flowing down the stream. A bungee by Abhiraj and Ambuli led them straight to the water midst the rocks. Almost 30 minutes we all relaxed in the water. 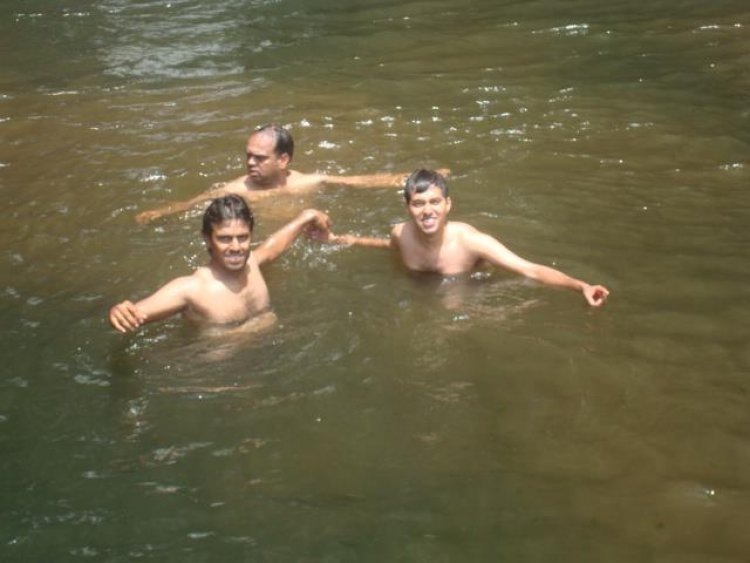 We quenched our thirst and proceeded with a small rock climbing to witness the complete magnificent view of Onake Abbi, the pounding stick fall. 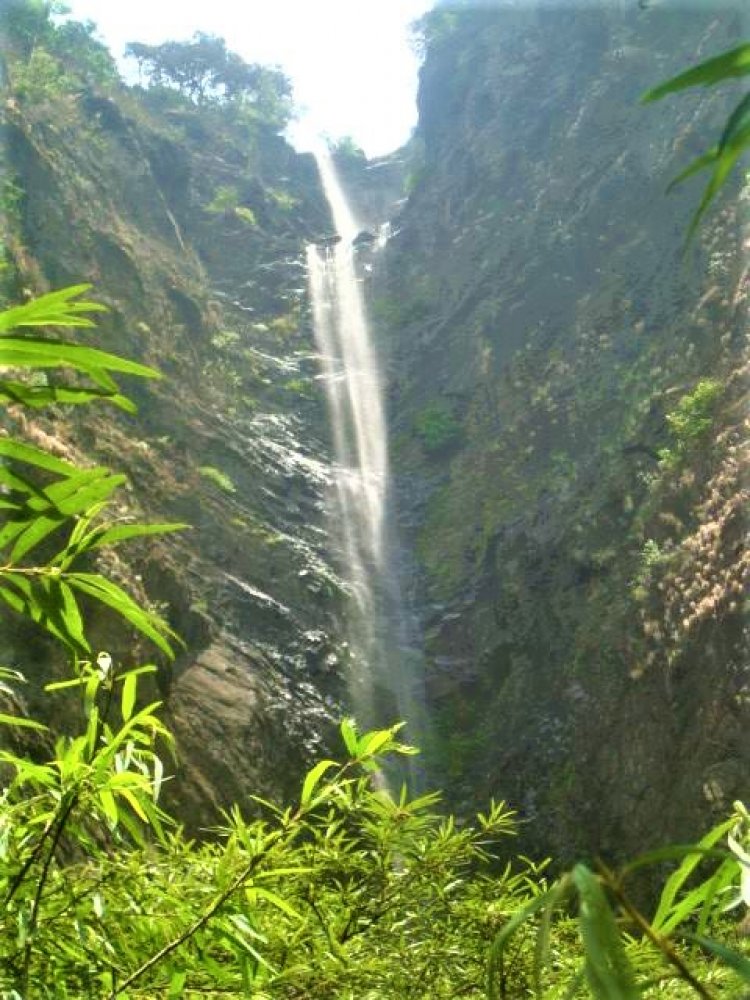 The blue clear sky of Agumbe, the perfectly crafted grey colored rocks, the ever green tree on the top of these rocks allowed the pounding stick, Onake Abbi froth briskly from the top. The smooth flowing air blew the stick and the white water droplets touching the grey rocks and making them wet, created a shiny surface. The mid noon sun made this a picture perfect setting, adorable by any nature freak. 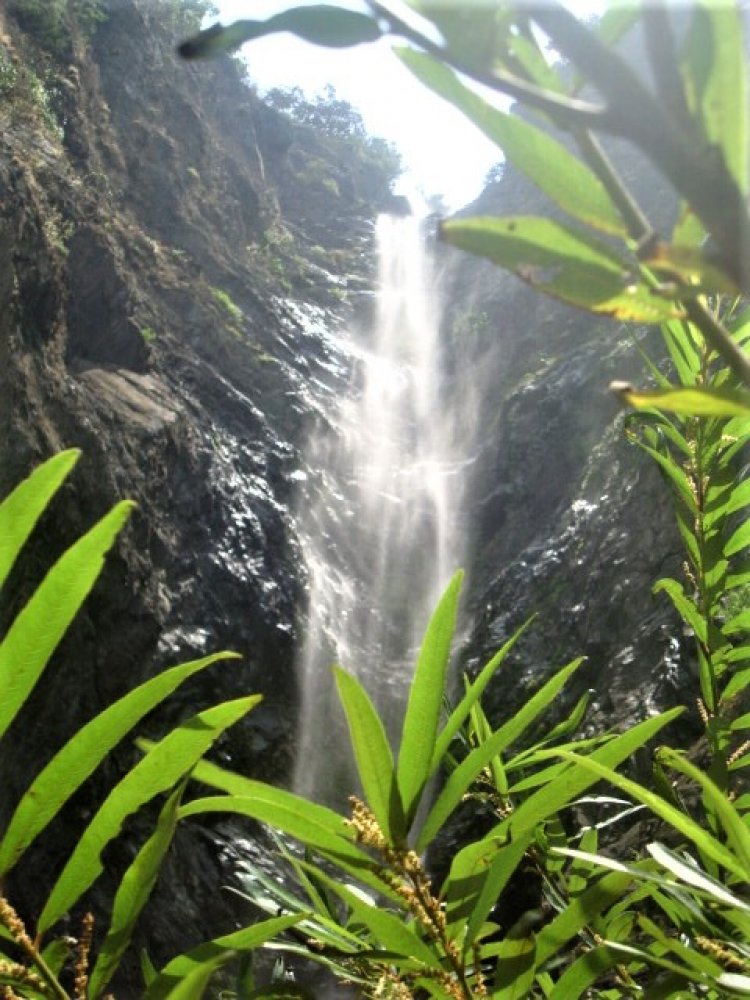 Then it was a time to enjoy by bathing in the cold icy waters in the hot summer noon. A swim and few walk in the pond allowed us to refresh our lost energy and rejuvenate our spirits. Never did we feel that almost two hours had got spent being in the waters. 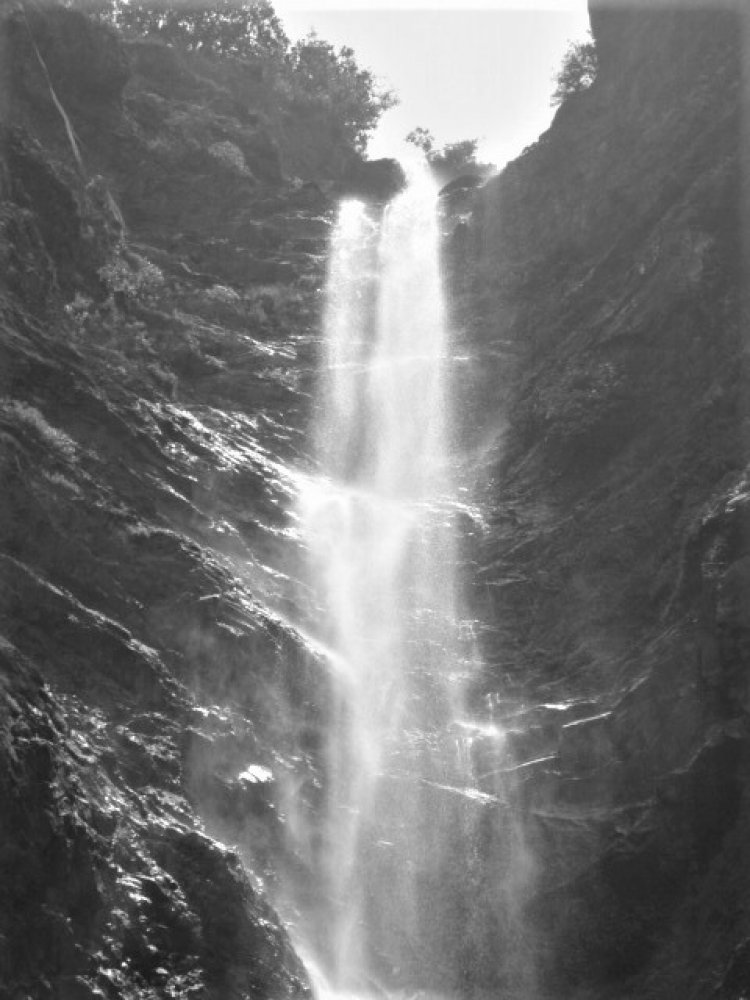 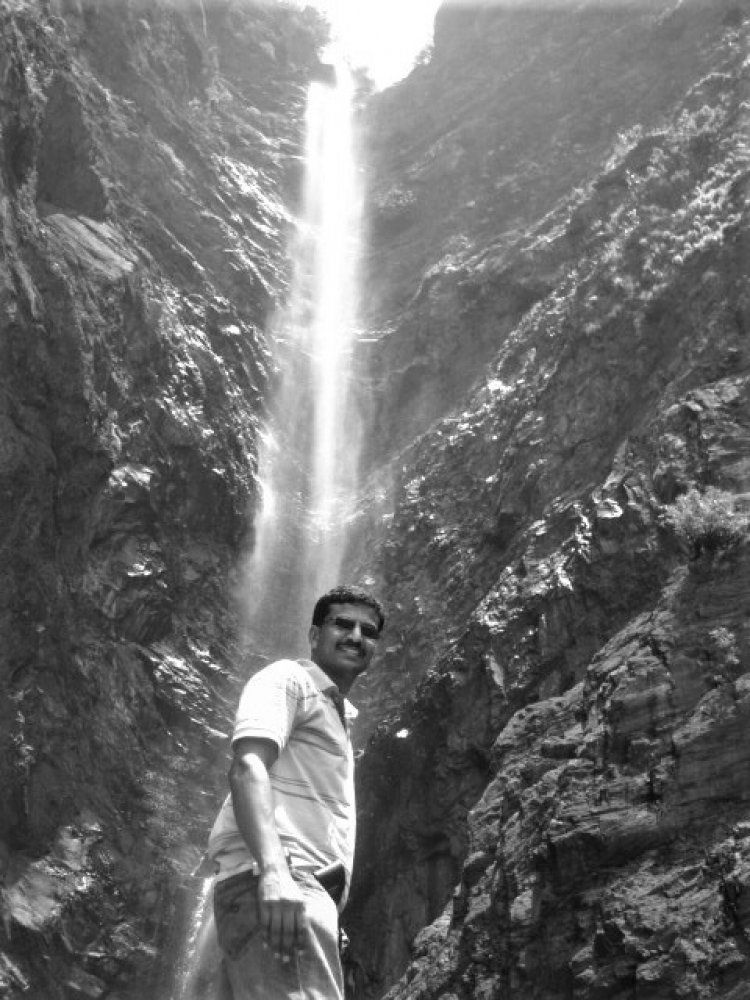 After spending couple of hours, we did adieu to the serene beauty of Onake Abbi. All of us vowed to visit once again. The trek back to Someshwara is almost descending the valley and much comfortable.

There are 2 trekking paths :

1. From Agumbe - Around 4-5 KM trek from Agumbe, one can reach the top of the waterfall. The complete view of the falls is not visible from here. This is an easy trail. The trekking path is clear and safe.

2. From Someshwara - This trail is challenging but takes to the bottom of the falls. It demands a trek of 6 KM each way (so in total ~12 KM). The complete view of the falls is visible but ascending Ghats will test your fitness. First 2.5 KM is wider remaining ~4 KM is very challenging. Try this only if you can negotiate varying degree from 30 to ~65 degrees.  Climbing these slopes during monsoon is risky.

The waterfall is situated in the very dense forest. Never go without a local guide as there is possibility of getting lost in the dense forest. Carry sufficient water bottles if you trek during summer. Nature is pristine here and keep the trail and premise as is. Also keep silence troughout the trek.