A high himalayan pass called Buran Ghati is a offbeat trek and arguably a bewitching trans himalayan trek that lies at a altitude of 15,000 feet in the bosom of heavenly Himachal. This amazing trek starts from remotest hamlet Janglik and is ideal choice because it has got all the adventure to offer , from nature to adventure in a short time lapse , which also includes snow slides and abseiling down a snow wall.. Truly , Buran Ghati trek is a another feather in the cap for a passionate people, because of its unparalleled adventure and diversity ! 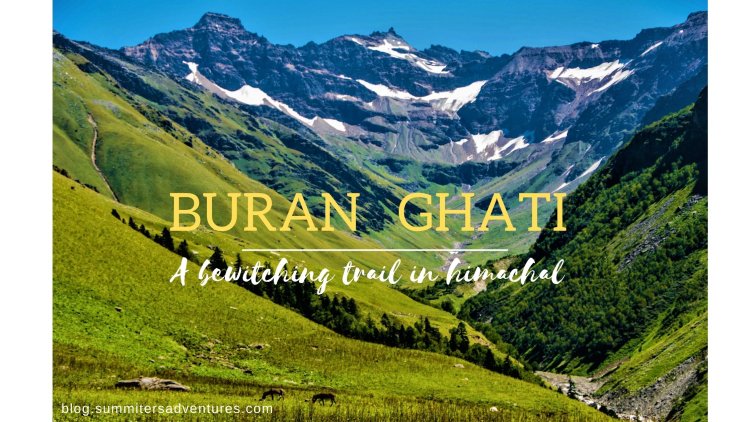 I am been asked often in the trekking fraternity to recommend a trek with with beautiful landscape, flora - fauna, pictureque camp sites, serene lakes, in the mean while adventurous type and suitable for all ages !

Altogether tt is difficult question to answer, unless you have expereinced it and recommend one such. Indeed !. When i recap my Himalayan sojourns, one trek that really captvates me and keeps my senses all time alive is the Buran Ghati Trek in Himachal.

Here, i will make you realise, as why Buran Ghati Pass Trek is a Bewicthing Trek in Himachal ! 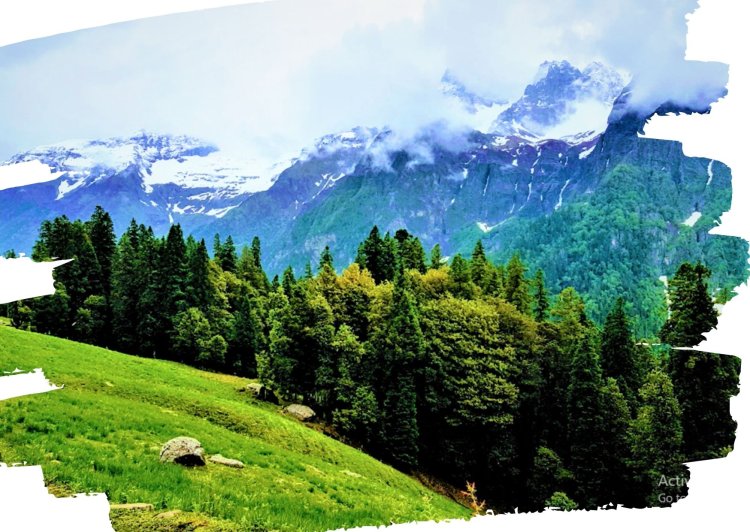 Buran Ghati trek is regarded as one of the most breathtaking treks and truly so, with no exaggeration. It is a concoction of all treks combined together. Be it  pre monsoon or post monsoon. A trek so soothing for one's soul and senses. It will be etched in one's memory  forever. The picture-postcard views, of trails, valleys, and panoramic vistas from campsites  make one appreciate it again and again !

1. Janglik, the base camp of Buran Ghati 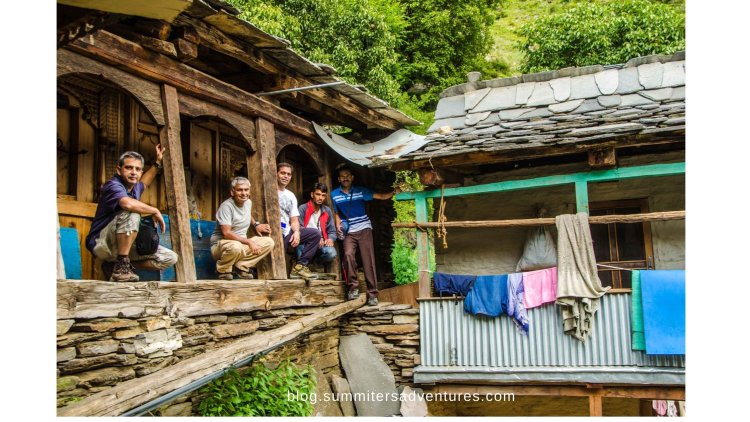 Vast undualating velvet green meadows holds your breath, thick pine coniferous forests, gurgling streams, waterfalls, kaleidoscope of flowers, wildlife, snowclad mountain views, beautiful campsites, snow-covered high passes and the crossover, snow wall at Buran pass, this trek has everything you dream for and so much more. Here are some of the endless highlights of the trek.

2. Mystical and yet charming Chandraharan Lakes 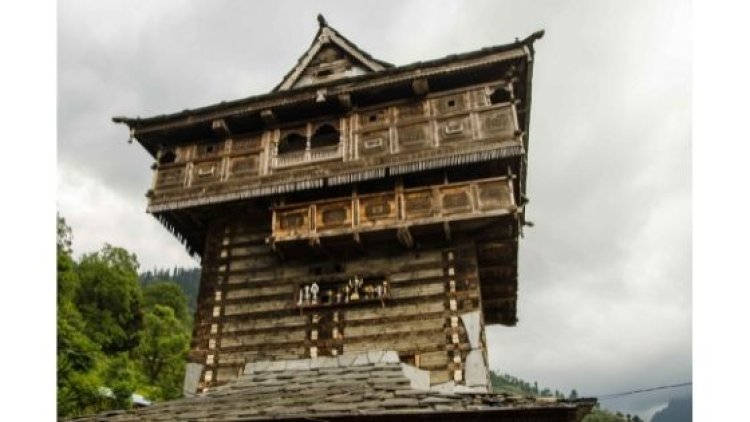 After setting up the camps at Litham Thach, one can take a detour to the Chandranahan lakes. A ~1-hour hike uphill would take us to the banks of Chandranahan lake - Lake of moon — one can go on a excursion from here to various lakes, the source of the Pabbar river. 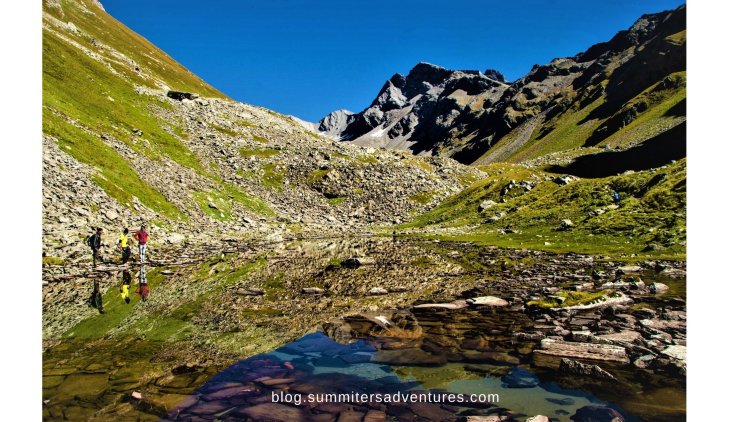 As you walk on the sprawling green meadows, the other side drops down in a cliff.The valley is strewn with flowers of myriad colours glittering in sunlight In between is the vast green stretch, with sheeps grazing graciously and where horses gallop. 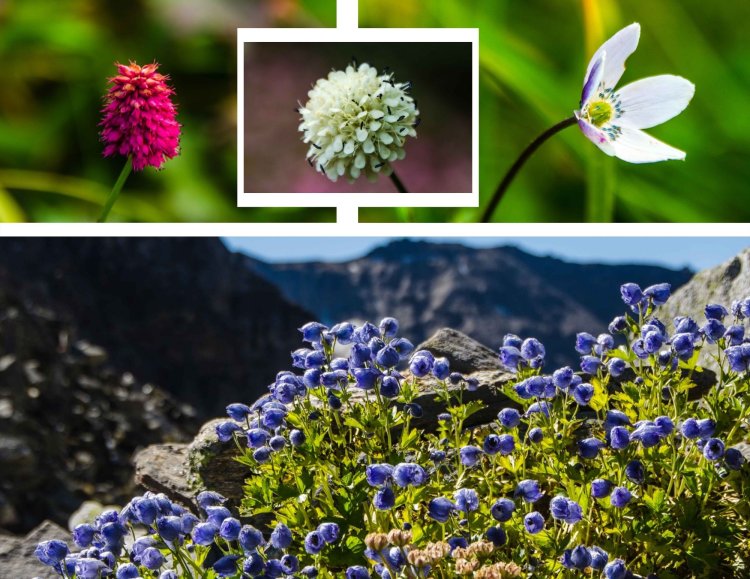 3.About Folk, Folklores and Folktales ?

Apart from hiking or enjoying the mountain scenery of the trails during a trek, the experiences of interaction with the local folk, making an attempt to know  their customs, sentiments and culture is an add on to your entire experience apart from the trek.

Be it mountains, high passes, lakes, the local folk  respect and adore them.They firmly believe in mountain gods - devtas.There is always a reason the villagers believe and adhere to it. They always have some interesting stories, legends associated with them and here are a few to substantiate and associated with the Buran Ghati pass trek too. 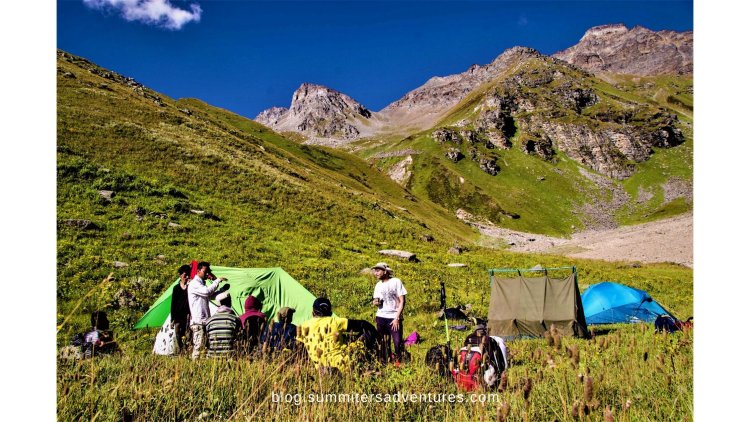 Numerous local folklore tales revolve and whisper in the mountain valleys even today and tend to explain about the origin of the sleepy hamlet named Janglikh today.It is believed There are two such  on how Janglikh village was named so. Some believe that it is named after the village deity or devta  “Jakh or Jakhoh”. According to the second legend, this village was frequently visited  by the attacks of  carnivores and the  remote village could be reached only after walking through miles inside the  dense forest. Fight for survival shaped  the villagers into a fearless, who made home in the forest infested by wildlife.

Finally outsiders started calling these villagers “Junglee or Junglee log - Those those dwell in forest ” and the village of Janglikh. Finally, ‘Jungli’ got  renamed to Janglikh. The village is still surrounded by dense forest and shepherds - Gujjars  add that there are instances of frequent attacks of wildanimals on livestock.

The last road head today where the  village of Janglik is located, which is where the trek starts, also has a local deity which is worshipped above all others by the villagers and is called as Jakh Devta. All decisions, small or large, are made after getting consent from the deity, which is a supernatural being considered all powerful and sacred. The villagers firmly believe in their prayers  and there are instances of being answered when in distress by the deity, so they adhere and obey to the words of Jakh Devta till today.

Lakes and water bodies too are sacred to the local community.Chandernahan Lake holds mythological importance. The story says that the crescent moon of Lord Shiva took a dip in this lake, giving it the name Chandranahan. According to the locals, Chandranahan Lake is considered to be a sacred lake and if anyone goes near the lake wearing their shoes, the local deity gets upset, and to clean the impurity that came along with human interference. It rains, snows are a few symptoms of cleansing it..According to few locals, the local Devta of Rohru village takes a dip in Chandernahan Lake once every 5 years

Buran Ghati Trek meets the trekkers expectation and has everything to offer on trek.From beginners perspective to seasoned trekkers, one can enjoy the scenic beauty and the trail. The starting point from Janglik in Himachal and end point at Barua in Kinnaur is one of the most beautiful trans treks of the Shimla region. This trek is a perfect choice for those who are looking for a trek, which is a bit offbeat and a alternative too from monotonous highway trails.The camping experience  at bugyals is truly memorable to cherish for lifetime and everlasting, lets you cross a high mountain pass and then rappel down a slow slope, making your trek thrilling and exciting. 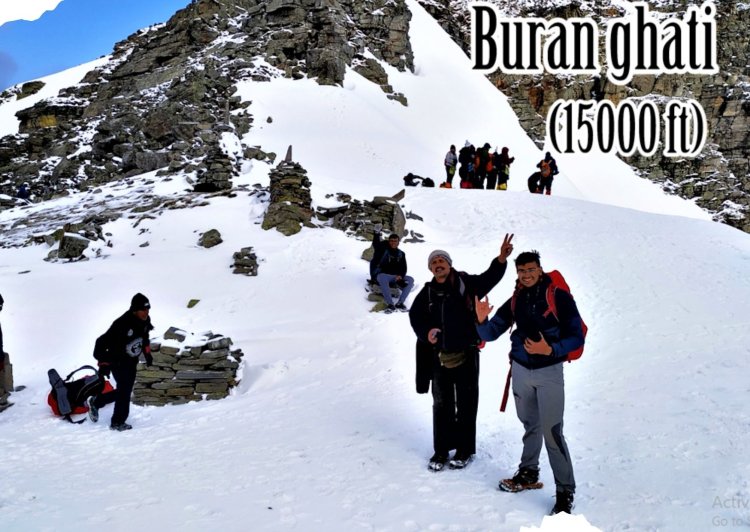 If you are excited and still pondering about your next Himalayan trek, be it post or pre monsoon then look no further opt for none other than the Buran Ghati trek. A  experience of a lifetime taking you through surreal terrain and mesmarising you with every possible scenery you dreamt of and much more.!

Kedar Tal : 5 Reasons why it should be on the bucket list of every Himalayan Trekker...

Kedar Tal : 5 Reasons why it should be on the bucket list...