Lakes have always been considered sacred and worshipped in mountainous regions. There are Several Hgh Altitude lakes and pristine water bodies tucked away in the Garhwal region of Himalayas. Maldaru Taal or lake is one such remote ablong lake located South – Eastern region of Harkidhun valley at an altitude of 4800 m above sea level. The village folk of Puoni , Osla and Dharkot consider this lake as abode of gods. The path towards lake Itself is a memorable experience. Walking through pine forest and alpine meadows of Vishkopri and Raasi. The meadows carpeted with flowers in various hues and colors is a feast to eyes. Walking on the ridge is really exhilarating experience. View of Swargarohini peak 6252 M from close quarters standing on the edge of the lake is a unique experience. The aroma that emanates from the flowers Brahma Kamal , Phen Kamal which profusely grows there is feast to eyes. 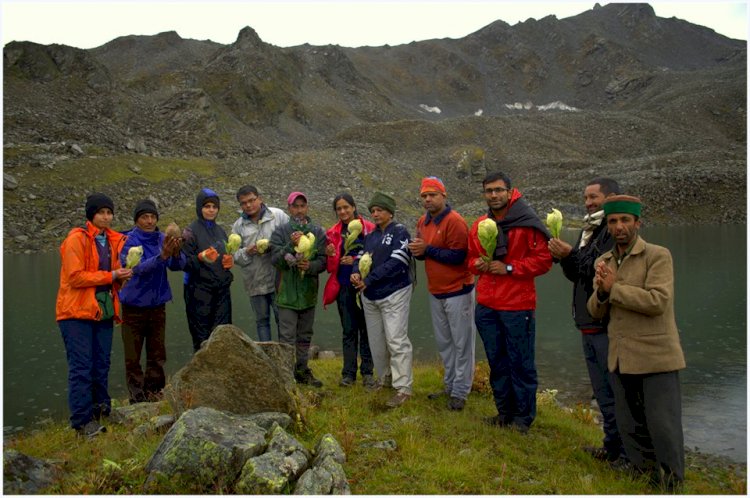 On the banks of Maldaru lake

The Himalaya is the earth's greatest monument and within it lies the great forces of nature. In the absolute remoteness of Himalayan highlands, life is simple and eternal, a living worth all the hardships.

During my last pilgrimage to Har Ki Dun Valley when we were having a casual discussion about high altitude lakes of Himalayas, our very knowledgeable porter Vijay Bisht started exaggerating the beauty and religious significance of Maldaru Lake, just a bit off Har Ki Dun Valley. I was moved by his ecstatic expression and wanted to explore it soon, but I knew that it would be possible only in the next season.

It was post-monsoon and discussion started with friends about less trodden treks in Uttarakhand. Being less visited, serene, and almost unknown, the whole group got on the same page and agreed for Maldaru Tal trek.

We were a group consisting of 6 Intrepid trekkers from Bangalore. Reaching Dehradun, The state capital of Uttarakhand wasn't that hard or tiring and after 7 hours of the scenic ride starting from Dehradun, we were at a place, we had never heard of, the place is called Gangaad, situated 5 km from Sankri village. To acclimatize a beginner among us we decided to camp instead of opting for any homestay in the village and it turned out to be pretty good campsite with a swift-flowing stream nearby, overlooking the valley. The night was cold and the sky was all studded with stars. Hot soup followed by dinner made us slither in our sleeping bags as everyone was tired.

The next day after a heavy breakfast followed by a briefing from our trek leader, we hit the trail. Initially, for about 3 km we walked along a jeep track amid pine trees. The sound of the stream in the bushes and smell of the deciduous pine was soothing. Once we reached the village of Taluka we were greeted by village folk and snow-clad peaks such as Hata Peak and Swargarohini massif. Permits were arranged prior to our entry as we were entering the Govind  National Park. Passing through the pine forest, we descended down to the valley floor, walking more or less next to Obra gad. The forest was green, the play of light and shadow on the trees was a treat to eyes. After walking for about 2 hours we reached a place called Beda Ka Thatch which is at the confluence of the Supin river flowing from Jaundar glacier and Rupin river.

From here we took a diversion and started climbing uphill, after an hour's hike we were at a Village called Daatmir, snugly perched on a hillock surrounded by pine trees. The village folk rushed to us with dismay, greeted us. After paying obeisance to the local village deity, a temple dedicated to Lord Shiva, and having a cup of lemon tea, we were back on the trail. The ladies of the village were busy herding sheep and collecting grass for livestock. We crossed the stream over a log bridge and walked along the pine forest until we reached a campsite called Vishkopri Bugyal by evening.

A vast alpine meadow Vishkhopri Bugyal was full of ‘Gujjars' (shepherds) with their livestock. It was a beautiful campsite surrounded by green hills and snowclad mountains. A campfire kept us warm, followed by a quick dinner. The night was quite cold and midnight rain made it even colder. 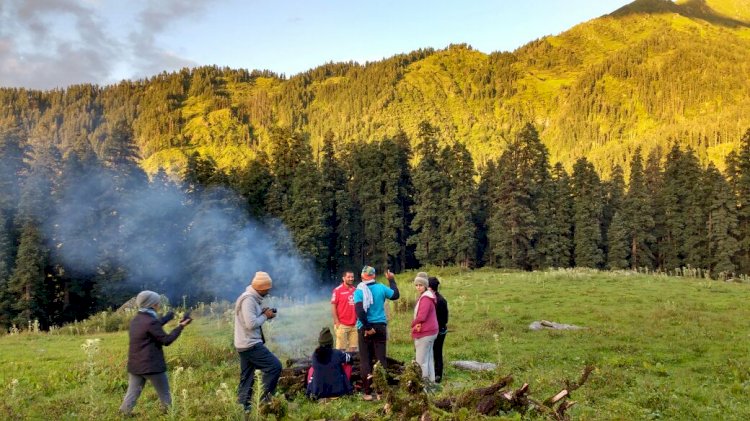 Next morning, we woke up to the clinging sound of bells of ponies, followed by a cup of hot tea. After sipping hot and spicy parathas we started early. We crossed a swift-flowing stream over a log bridge and after a steep ascent, walking through pine forest and rhododendron bushes we reached the tip of the hillock. From a distance in the middle of rolling green meadow, we spotted the tents.  The porters had reached well in advance and were waiting for us with hot tea and Pakoras. The campsite at Raashi Bugyal was a gentle alpine meadow situated at an altitude of 3650 m, hanging precariously on a mountain ridge. The snow domes of Ranglana peak pierced the sky to the northwest, on the east was Manjukta Pass dipped to reveal the Yamunotri temple and further North and East the steep ascent opened up views of the sanctuary and surrounding valleys. It was a long day since morning and being tired we crashed early after a hot dinner.

Next morning, we were told that it was again a long day, we walked through steep meadows, the rain in the upper reaches had made the trail slippery. The path was a riot of colors with Bistorta, Geranium, and Morina Longifolia flowers in full bloom. 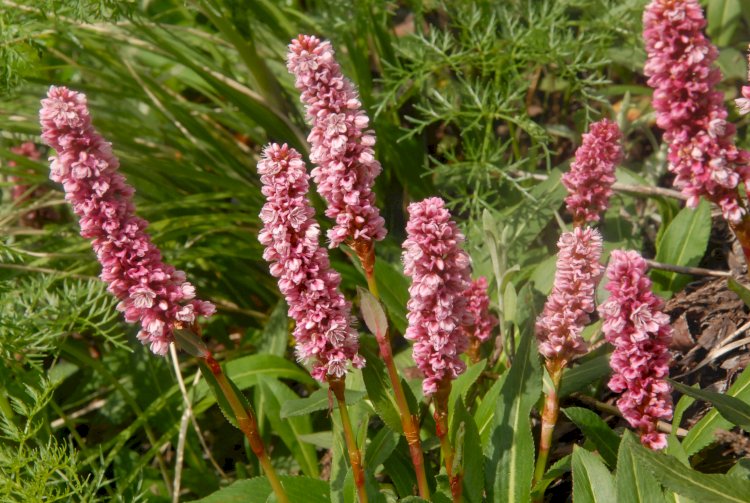 We had carried packed lunch for the trail as it was a long day. After 10 hours of arduous climb, we reached an unknown campsite in the dark. Everyone was dog tired and after having hot Khichdi, crashed without a word. The wind was blowing all night and was bone-chilling.

On the fifth day, we started early, it was a tiring walk over the boulders. The steep path to the lake is akin to steep paths of life itself. The path underneath one’s feet slides slowly on crumbled rocks and unknowingly one dislodges granite fragments. A prayer follows to keep our ankles safe. The mere sight of ablong lake was enough to send us in a trance and we were speechless – as if we had obtained salvation.

The Emerald green lake is spread over 400 m, with boulders and scree-covered shore with a mountain ridge in the foreground. Its water flows amid rocks to join the Supin river below. The mountains reflected in the still water was a sight to behold. Brahma kamal flower growing profusely on the edge of the lake – which has a mythical association with the creator of the universe. The rare Phen kamal or Nil kamal – a high altitude plant with purple petals with a white fading dotted the landscape. We were wonderstruck by the gods' creation. The calmness of the area was overwhelming. View of Swargarohini peak 6252m and Ranglana Peak 5554m rising above the ridge in Ruinsara valley was a sight to behold. It reminded me of the famous phrase by Rachel Sazon –

“ Nothing is more calming than connecting with God through nature. His beautiful creations,

gifts, and blessings should never be taken for granted but enjoy. ”.

This lake which holds a special significance for villagers of Osla and the porters who were from this village performed a ceremony by offering Brahma Kamal flowers to the deity on the shimmering waters of the lake. Although every day of the trek offered a heady mix of altitude and magnificent locales, the panoramic view of Lake stole the show After paying respects to mountain god for letting us here and for a safe return journey. We slowly descended down the slope cautiously. By the time we retraced the path to the base, the porters had moved down with loads.

It was the longest day of the entire trek which took us almost 10 hours. The trek was a steep and slippery descent through the forest. We reached Seema by evening and spent the night in the Gharwal Mandal Nigam guest house.

On the last day, we trekked to Taluka Enroute Gangaad village. We reached Taluka by evening and after a bumpy ride in sumo, we reached Sankri in about an hour. Tired, hungry, and dusty we reached our tourist bungalow, after a hot shower, we threw our bodies onto the cozy bed to sleep.

The next morning, the members were refreshed and happy to not spend the night in cold. Our Porter Prem who greeted us, carrying a heavy load mentioned that he is heading to the hills again for a High Altitude trek called  Borasu pass. We felt Hats off to these tough Garhwali boys who are strong and sturdy, who could stand the heat and the cold, honest carrying huge loads with a smile on their faces in spite of just one major meal a day.

Looking at the sun rising above the mountains, the smell of deciduous pine, and the sound of monal in the woods – my heart will be yearning again and again to visit these beloved mountains. 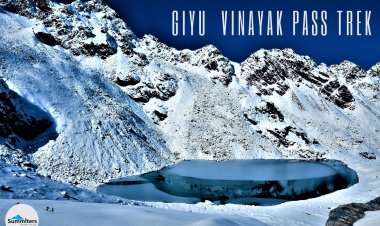 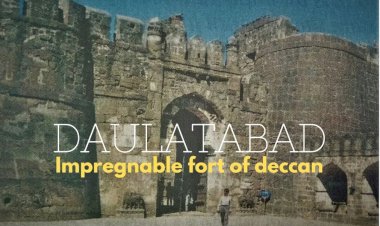