Panpatia Col Trek is one of the most demanding treks in the Uttarakhand region of the Himalayas which connects two shrines over the high passes route that connects Badrinath and Kedarnath. The Panpatia Col Trek gives surreal views of prominent peaks such as Nilkantha, Chaukamba, Balakun, Nandadevi, and Parvati Peaks. The Panpatia Col is one of the must-do treks for experienced trekkers located at height of 17,258 feet. The mythical journey is something a pilgrimage with a difference 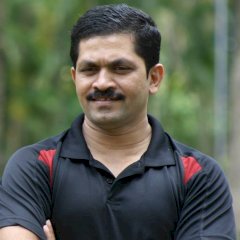 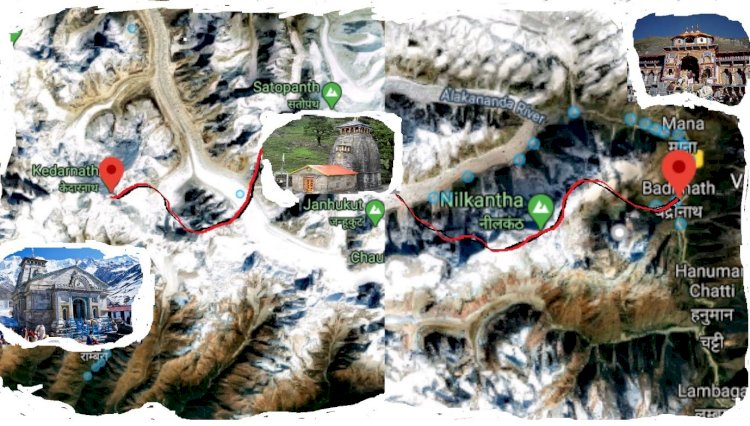 Call it an Adventure Pilgrimage of Modern times with an alluring Himalayan myth. But for Mr. Vishwanath A Passionate Mountaineer, his deep obsession with mountains pushed him to explore and link the holy shrines of Badrinath and Kedarnath after traversing through moraines, Crevasses, massive ice walls and crossing over deadly glaciers.

It all started during a chat with a like-minded group pursuing adventure courses in the Basic Mountaineering Course in the year 2003 at Nehru Institute of Mountaineering at Uttarkashi. Like many souls who have a bond with the Himalayas, Vishwanath from Bengaluru wanted to decipher the myth associated with connecting 2 Dhams that was lingering in his mind since a longtime – Legends said that a priest used to conduct puja at the Shrines Badrinath and Kedarnath same day crossing 6 High altitude passes  - ( Neelkanth col - Panpatia col - Dwara col - Yeonbuk col - Bishali col - Mahapanth col in Mandani Valley )  It was not acceptable by wise people without facts and only led to discussions as because it was Impossible because the 2 holy shrines were set 38 km apart as per modern google maps. On the contrary, if one desires to seek darshan, the need to travel 10 hours by road through ghats to Gaurikund and then need to walk 5 -6 hours to reach the Kedarnath shrine.

A Mythological tale drew the attention of legendary British Explorers like Meade in 1912. Later Ace climbers like Eric Shipton and Tilman made visits to the region 1934. But finding the route from Badrinath to Kedarnath in the Gharwal Hills of Uttaranchal was a herculean task. Eric Shipton during their one of the sojourns with his team entered through the Satopanth glacier from Badrinath side, crossed the col, but got trapped in the dense bamboo forest of Gondharpongi valley, and was lost before reaching Joshimath.

From then on, lots of attempts have been done by mountaineers of our country to find a route connecting them, mostly mountaineers from Bengal, including Harish Kapadia from the Himalayan club in 1997, who was stopped at the Icefall of Panpatia. In 2000, an English mountaineer Martin Moran after a successful summit of Neelkanth Peak – known as the Jewel of Gharwal set out, finally with his team and successfully climbed the Panpatia icefall and went on to exit at Kedarnath. They became the first party to lay to rest the mystery of the route between the two temples and proved that such a hazardous journey between the two temples could not be done in a day as legend said.

Finally, a group of Mountain lover from Bengal led by Tapan Pandit traced a new route, which was deciphered in 2007. Indeed! It is a commendable job in the trekking fraternity! . According to Vishwanath, the much Popular route High altitude Panpatia col is connected to Badrinath and Kedarnath with Madhyamaheshwar – A shiva Shrine one among Pancha Kedar en route to Kedarnath.

What is challenging is that the new route skirts around the jaw-dropping, deadly Panpatia Icefall which prompted most of the Professional Mountaineers including Shipton, Harish Kapadia, and other seasoned trekkers to retreat. ‘The new route, is easy if weather is good, a bit of fixed rope, with proper mountaineering gear with climbing skills is a basic requirement. We waited on the ridge for about 2 -3 hours in cold in a total white-out for crossover ‘says 43-year-old Vishwanath. However, there is a grain of truth that between these 2 shrines there is a passable route he adds.

This is half-truth he narrates, behind the actual discovery is the google guru or google maps which have helped to know many the topography of any nook and corner of the Himalayan region in the fingertip of the mouse and for exploration. Though the survey of India maps is available, google maps play a major role in planning in the digital world.

After Panpatia Icefall, is the most important part that bridges the gap between the 2 shrines Badrinath and Kedarnath, trekkers named it Parvati gully after the Parvati peak towering over it. After the gully, an uphill climb and traverse over the Vast snowfield, surrounded by peaks of Chaukamba massif, Mandani, and sujal Sarovar bring to Madhyamaheshwar, the holy shrine of Lord Shiva.

Going with the Myth and legends, a route connecting 2 shrines finally has been discovered. However, the most intriguing fact that still lurks in mind is that whether still it can be covered as the priests of yore were said to have done in a day?

Finally, Vishwanath breaks the silence and says ‘It is acceptable that it is an impossible human feat,

With a frown on his face concludes, however, the only google can do it!

Note: Above is only google pictorial representation from Badrinath to Kedarnath

10 Great Books on Trekking and Mountaineering. Entertain the Adventurer in you during...